Think about the best team you’ve ever been a part of. What made that team work? Was it the project? The people? The interpersonal dynamics? Did you enjoy being part of it? Did it bring out the best in you?

Now think about the worst team you’ve ever been on. What made it different?

Chances are you have been on more teams with dysfunction than teams that operate seamlessly. Collaborative teams equal enhanced productivity and results. When teams work, they work in the best of ways. But teamwork takes work, and the reality is that teams can fall apart, break down and experience disruption for myriad reasons.

Some teams operate as a team in name only. This is a group of people who are declared a team but don’t operate with the rhythm of one. Perhaps the team has been dysfunctional for so long that members feel like it’s too much work to change.

Weak leadership can also unsettle a team, allowing dominant personalities to derail the plan, and eventually, team members will adapt their behavior accordingly, reacting to the fact that the person at the helm isn’t really steering.

Then there’s the “lone ranger” team member, who disrupts team cadence, heading out on his own because he believes in his own ability more than the team’s ability to do the task. This causes a disconnect when other team members feel a lack of trust and collaboration.

There can also be general disrespect within a team. This occurs when certain team members devalue the other members—either in their competency or diversity. This presents itself as “clashing personalities,” when the truth is that different personalities can actually strengthen a team, as long as the respect is there.

A team can also break down when reacting to outside influences, such as impossible deadlines, lack of resources or rumored layoffs. When stress reaches maximum levels on a team, people feel like they have to protect themselves before they protect the team. And eventually, everyone retrenches to doing things individually for self-preservation.

Related: 7+ Characteristics of the Best Teammates

How do you handle situations where your team just isn’t coming together? Here are eight tips to improve team collaboration:

1. Evaluate why it isn’t working.

It may be trust, chemistry, competitiveness or something else. But you can’t fix what’s the matter if you don’t get to the heart of the matter. Start by surveying team members—asking is the best way to get direct responses and make them feel like their perceptions and opinions are important. Then step back and observe the team in action in a particular setting, and as their leader, come to your own conclusion. If you are not involved directly in the conflict and can take an observer’s view, it usually isn’t hard to see what the problem is.

If the company culture dictates strong teams, take a look at the organization and see who else is doing it well. Talk to other managers about team dynamics, how they get people to collaborate and the behaviors they encourage. And make sure that you return the favor, sharing your own best practices and lessons learned. Don’t forget to look outside your company as well, talking with colleagues and mentors. You’d be surprised at how similar situations seem to come up across industries.

3. Understand the norms of a successful team in your culture.

There are probably some ground rules around what constitutes a great team at your company, and you need to identify what those are. If the team is all about working hard and playing hard, yet you have team members who prefer not to play hard with the people they work with, that is going to upset the team dynamic. If one person consistently ducks out on that beer with colleagues at the end of the workday, try to assess why. Missing out on that little piece of team building actually affects a lot more than you may think. Make sure employees are not so focused on the work that they neglect developing the cultural aspects of the team.

4. Consider how important a team really is.

If it’s just for show, rethink why you even need to have a collaborative team. There are situations where teams can work loosely and goals are still accomplished, sometimes more effectively than they would be without all the cooks in the kitchen. Not everything has to be team-focused, and if a particular initiative doesn’t need to be, don’t try to force collaboration for the sake of it.

Companies participate in offsite team-building activities all the time—because they actually work. These kinds of situations allow people to experience colleagues as humans instead of simply co-workers, uncovering life details that aren’t revealed during a normal workday. It gives teams a different way to connect and maybe build a little more chemistry and rapport. And experiential learning exercises have a way of revealing team dynamics that can then be examined and discussed.

Related: The Key to Accomplishing More: Having Fun

6. Nail down the detractor.

If there is one particular cynic, take that person aside and discover why there is conflict, too much independent work or general derailing of teamwork. Depending on personality, you can either be very direct here or ask a series of “why” questions to get to the bottom of the situation.

This helps draw out the lone ranger and forces the team the work collaboratively toward common goals. If one person isn’t participating as a team member, the others won’t carry that person and a shift will start to take place.

Have a formal check in periodically, once a month or once per quarter. If you’re repairing a team, check in to make sure things are on track and to gain a better understanding of what’s working, what isn’t and what needs to be adjusted. If you start the teamwork ball rolling but then neglect the process, any progress you’ve made will quickly evaporate.

If teams are important for your organization, you need to do what you can to facilitate their effectiveness. Make sure open communication exists. Create opportunities for all voices to be heard. Connect with the shared values that unite the team. Finally, instill pride in the members that a high performing team can be as or more powerful than an individual superior performer. 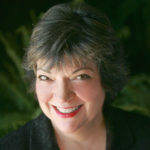