Before you make your next excuse, ask yourself this: What can I do to improve?

Be honest with yourself about what you can do better, and you can free yourself of the blame and the denial that is sure to hold you back. Take responsibility for your actions, and you can live an incredible life of integrity. Make time to create positive momentum, and you will keep moving forward.

Related: Stop Making Excuses for Who and Where You Are

It is within your power to make big things happen. Use these 15 motivational quotes to get your mind right. (No excuses!) 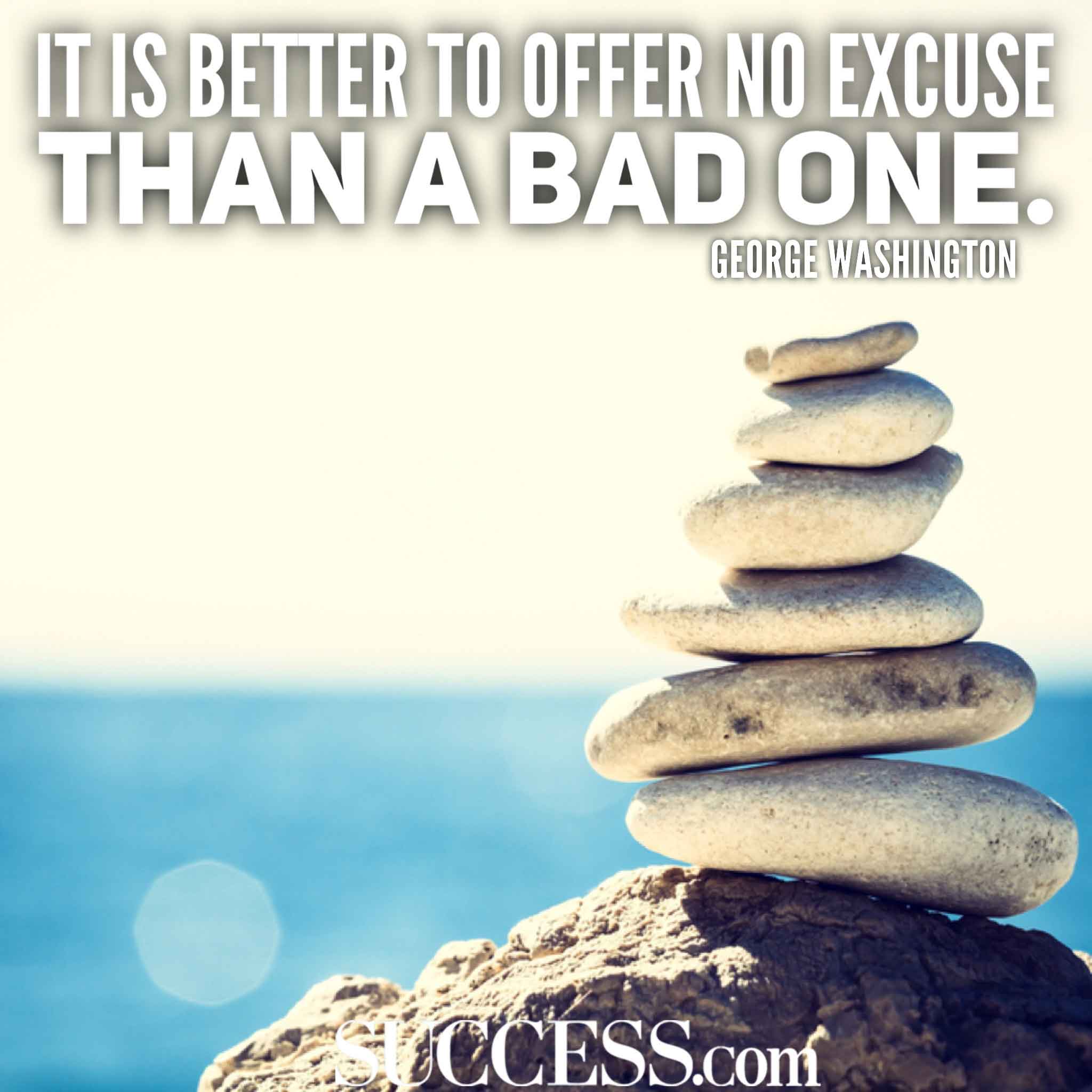 1. “It is better to offer no excuse than a bad one.” —George Washington 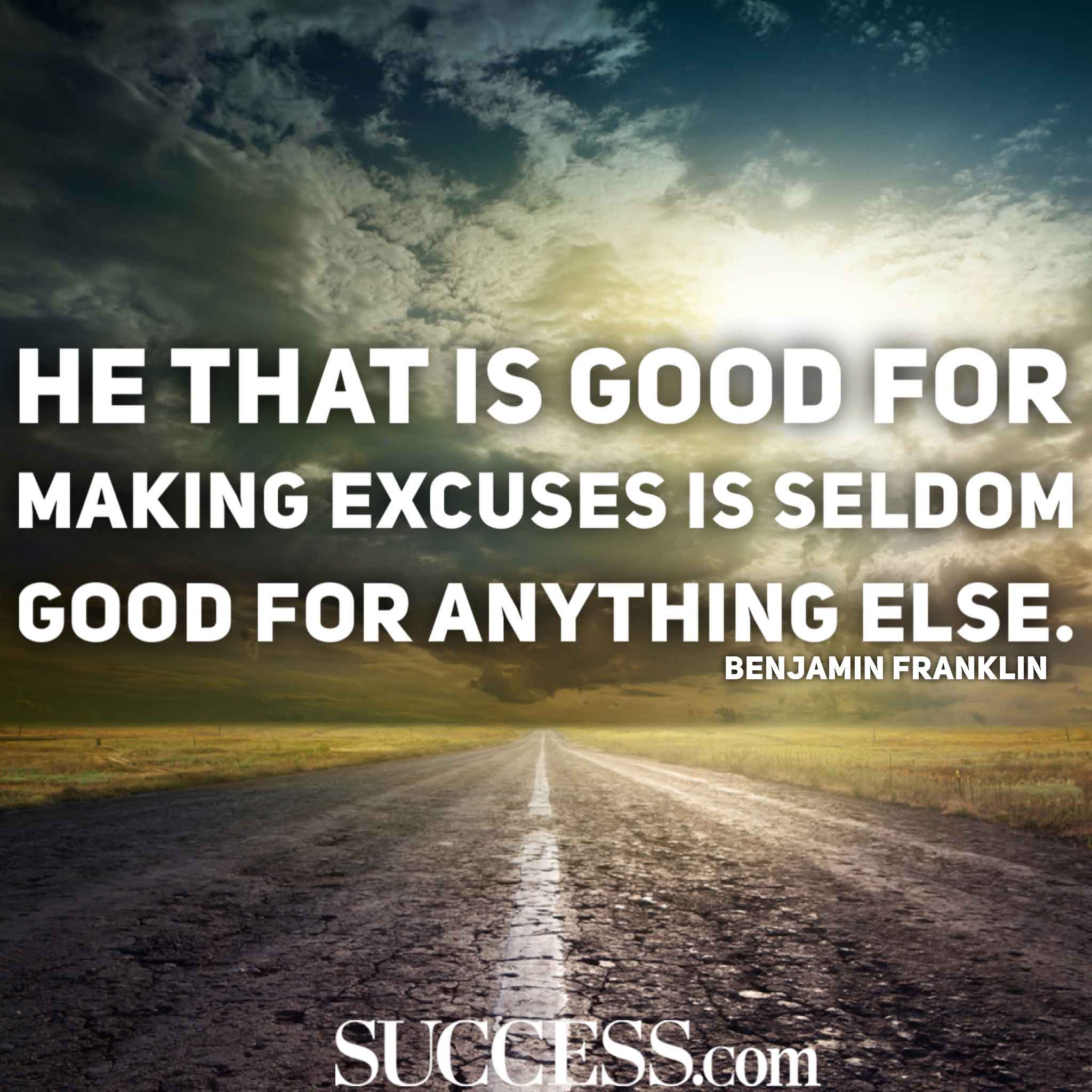 2. “He that is good for making excuses is seldom good for anything else.” —Benjamin Franklin 3. “Never make excuses. Your friends don’t need them and your foes won’t believe them.” ―John Wooden 4. “Ninety-nine percent of the failures come from people who have the habit of making excuses.” ―George Washington Carver 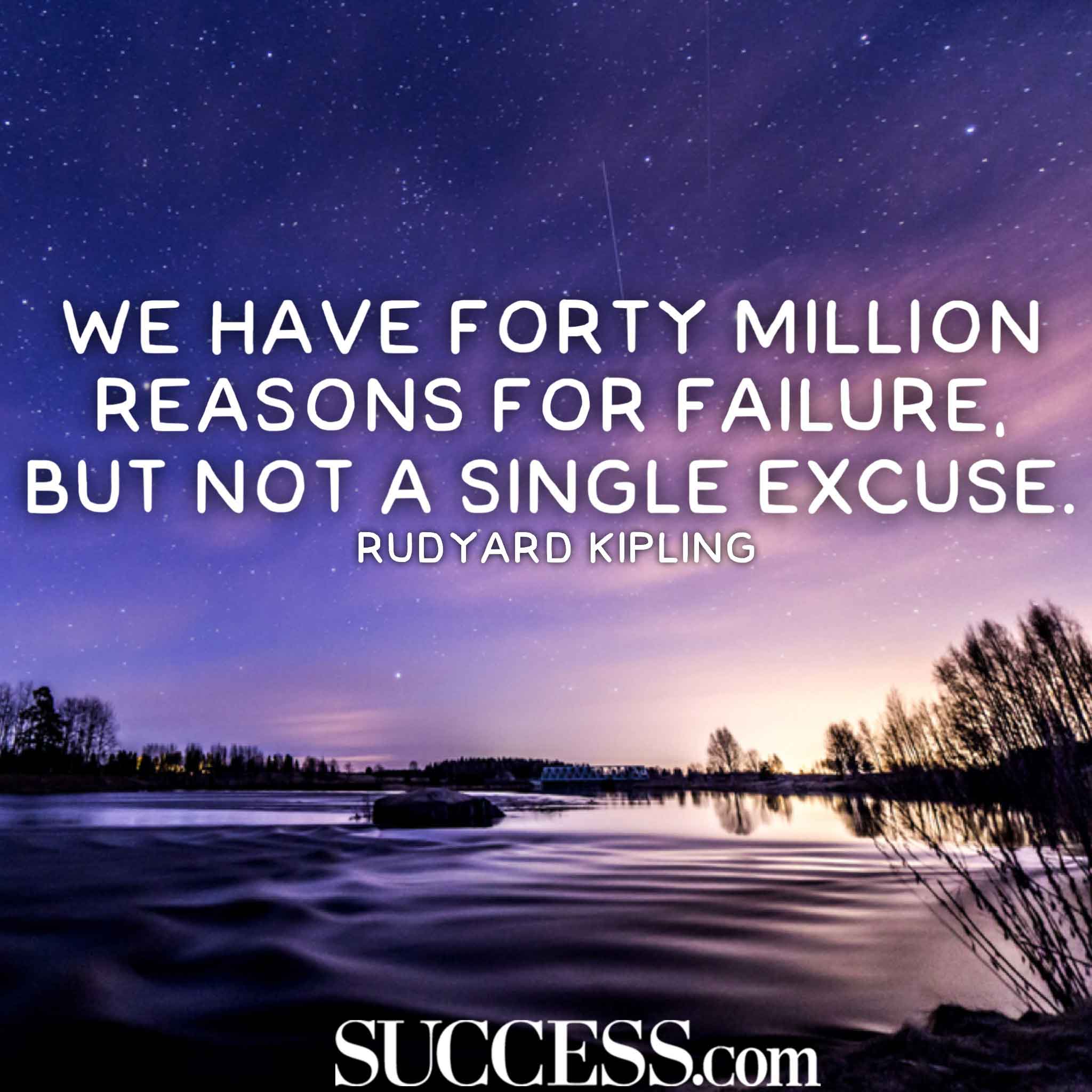 5. “We have forty million reasons for failure, but not a single excuse.” ―Rudyard Kipling

6. “Every vice has its excuse ready.” ―Publilius Syrus 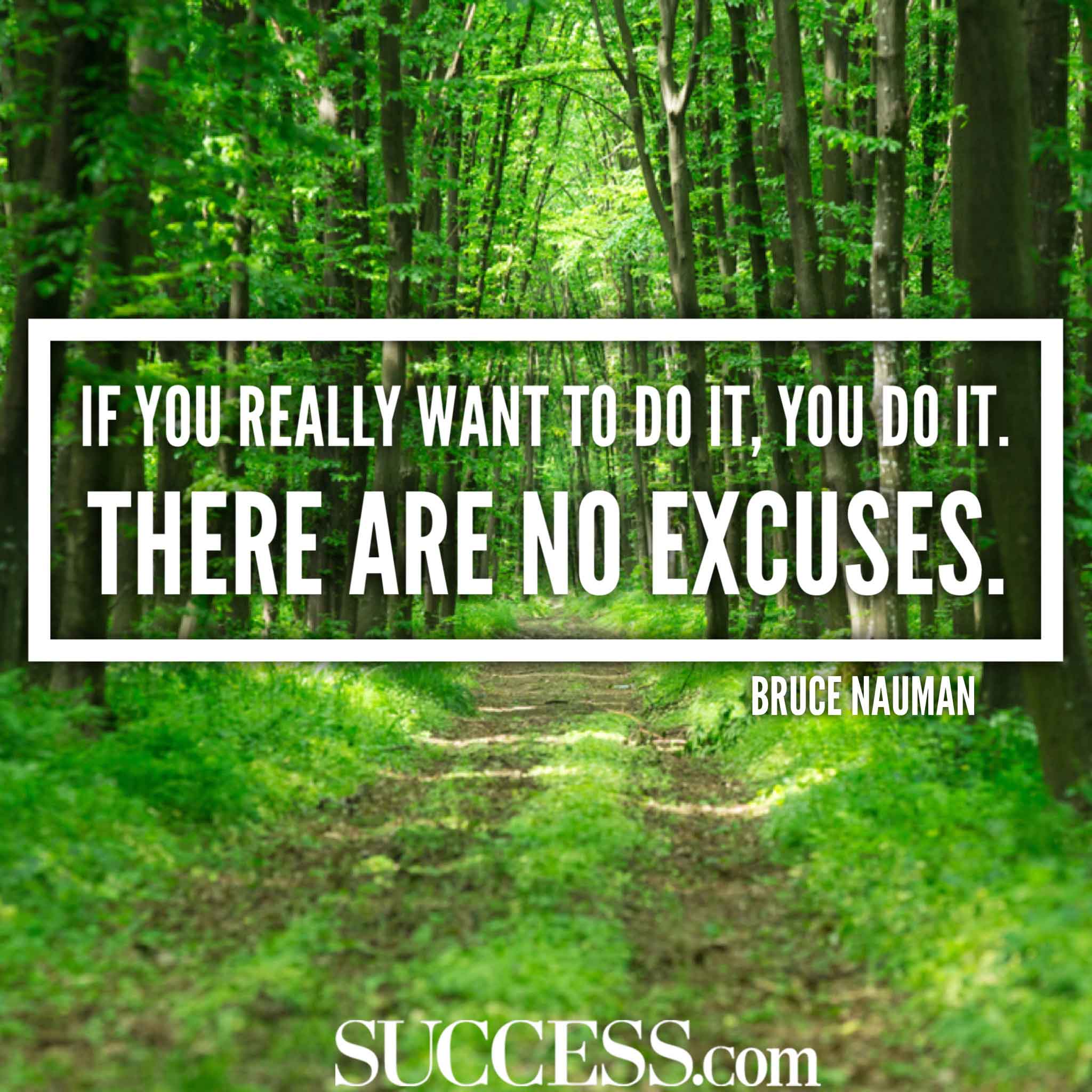 7. “If you really want to do it, you do it. There are no excuses.” —Bruce Nauman 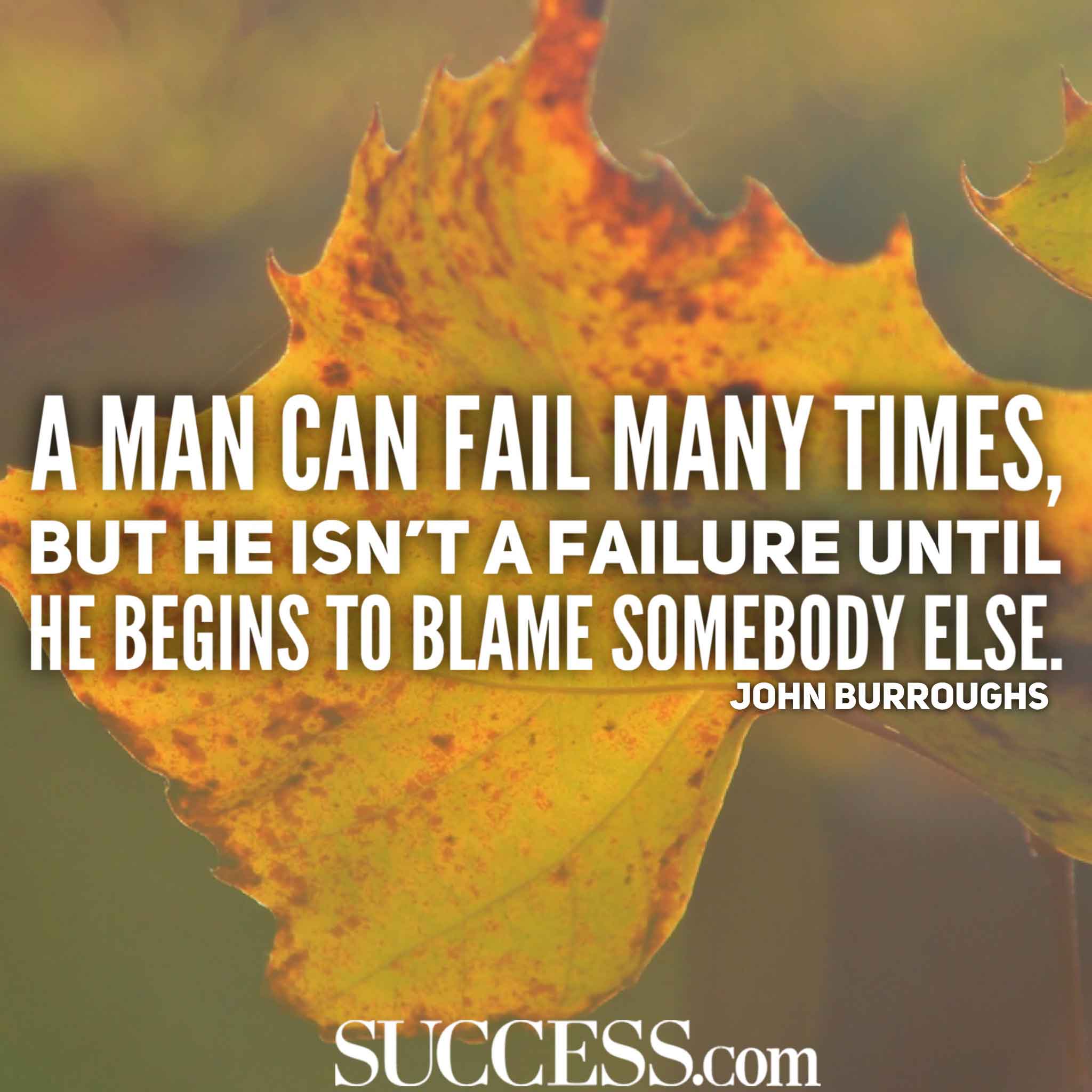 8. “A man can fail many times, but he isn’t a failure until he begins to blame somebody else.” —John Burroughs 9. “We have more ability than willpower, and it is often an excuse to ourselves that we imagine that things are impossible.” ―François de la Rochefoucauld 10. “The trouble with excuses is that they become inevitably difficult to believe after they’ve been used a couple of times.” ―Scott Spencer 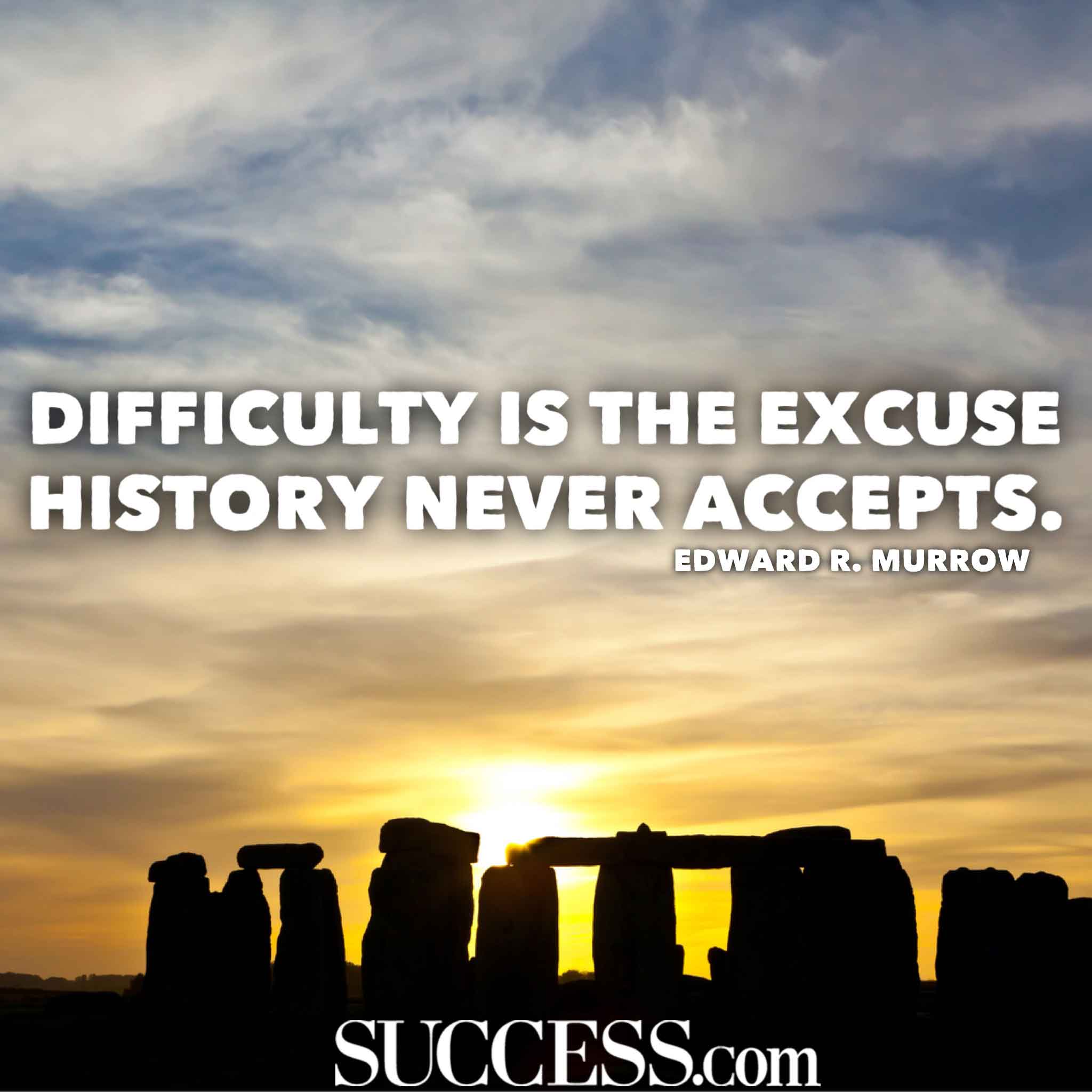 12. “It is wise to direct your anger towards problems—not people, to focus your energies on answers—not excuses.” ―William Arthur Ward 13. “Hold yourself responsible for a higher standard than anyone else expects of you. Never excuse yourself.” ―Henry Ward Beecher 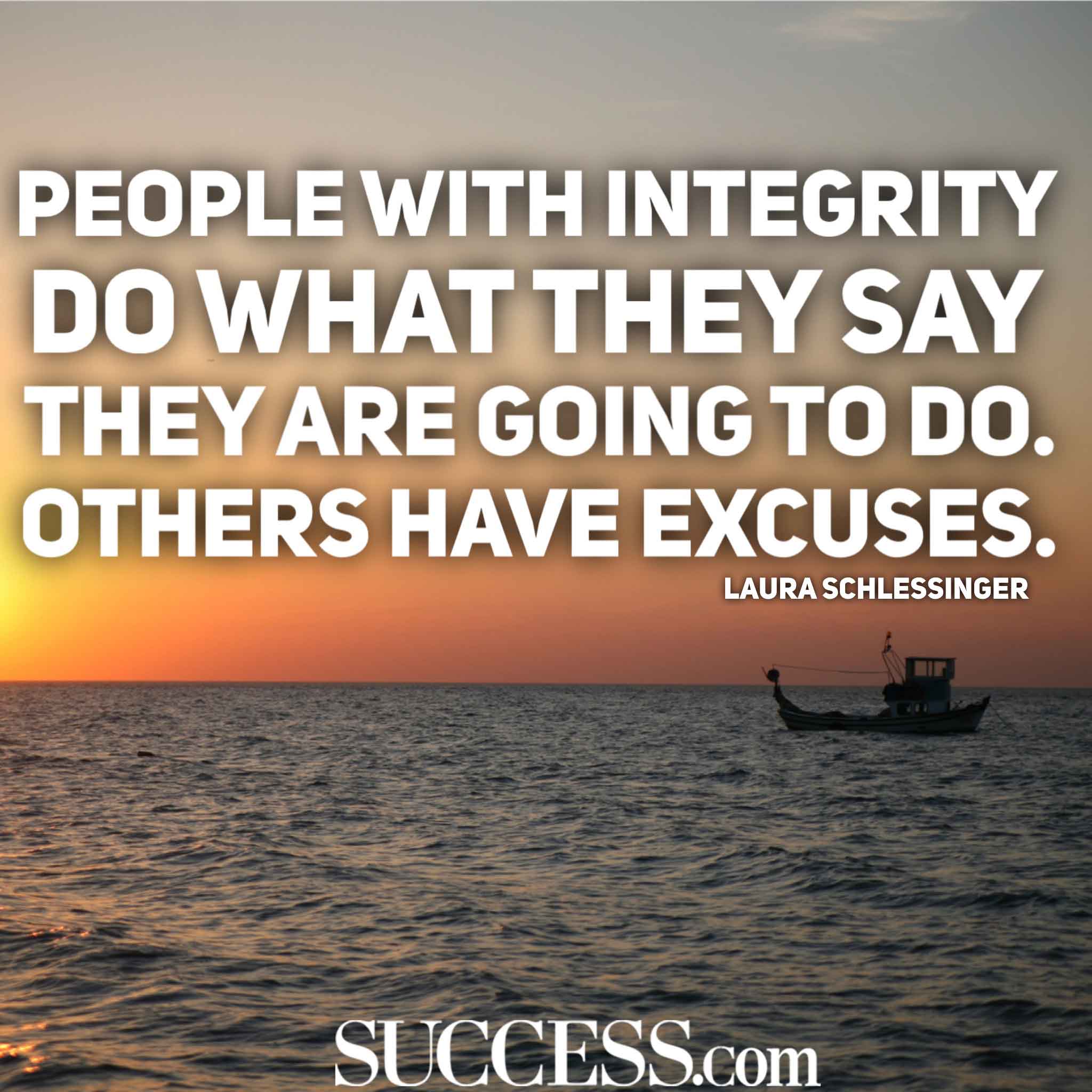 14. “People with integrity do what they say they are going to do. Others have excuses.” ―Laura Schlessinger 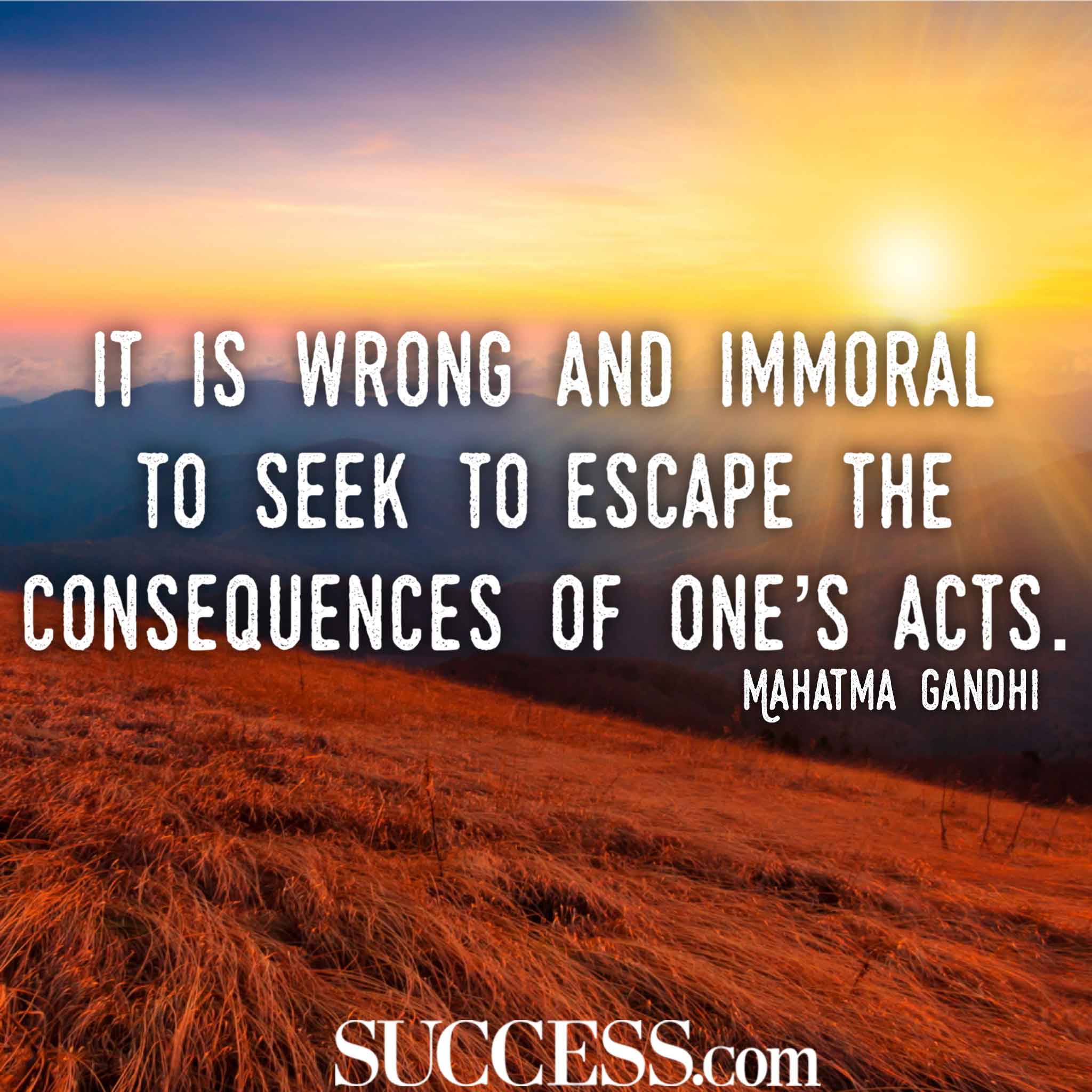 15. “It is wrong and immoral to seek to escape the consequences of one’s acts.” ―Mahatma Gandhi

Related: Stop Using These 3 Excuses If You Want to Be Successful

Posted in Motivation, Uncategorized
← 8 Ways to Be a More Confident PersonTop of Mind: 4 Bold Habits to Make You Fearless →