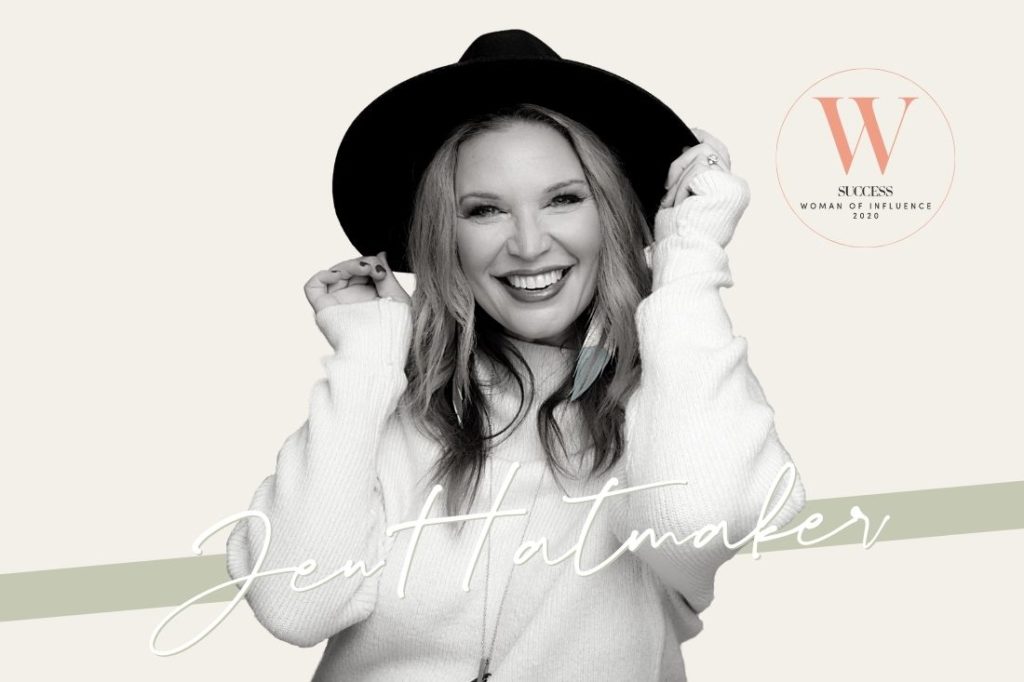 Speaker, podcast host of For the Love With Jen Hatmaker and author of Fierce, Free, and Full of Fire: The Guide to Being Glorious You

Before I was an author, I was a teacher. And then I took a break from teaching and I had a whole bunch of babies in a row. One, two, three—I have five children now—and for a while I was having them every other year. Then, right about the time my third kid was about to turn 2 and, according to our spawning cycle, unofficially meant it was baby time, I had an idea.

I remember I was in the car with my husband, he was driving, we were going somewhere. And it was that safe space, you know, because he was driving and couldn’t look at me, when I said the thing I was about to say. I told him, “It’s time to birth something. I think this summer, instead of having another baby, I’m going to write a book.” And he was like, “Well, that’s an interesting thing to say.”

Interesting was a nice way of putting it. I’d never written a book. Nobody was asking me to write a book. I didn’t even own a laptop. We were struggling financially. We had all these babies, and we were barely making it month to month and I’m pretty sure my husband thought, since we weren’t having another baby, I could go back to the classroom and relieve some of the financial pressure. So for me to say that I’m not going back to work and am going to write a book, God bless him for not driving into a tree.

Not only that, he went home and bought me a $200 laptop off Craigslist, plugged that sucker into our dial-up internet and told me, “I’ll figure out a way to work from home one day a week so you can have time to write.” He really believed in my dream, and he put wind behind it. And here we are, 12 books later.

This article originally appeared in the September/October 2020 issue of SUCCESS magazine.
Photo by © Micah Kandros