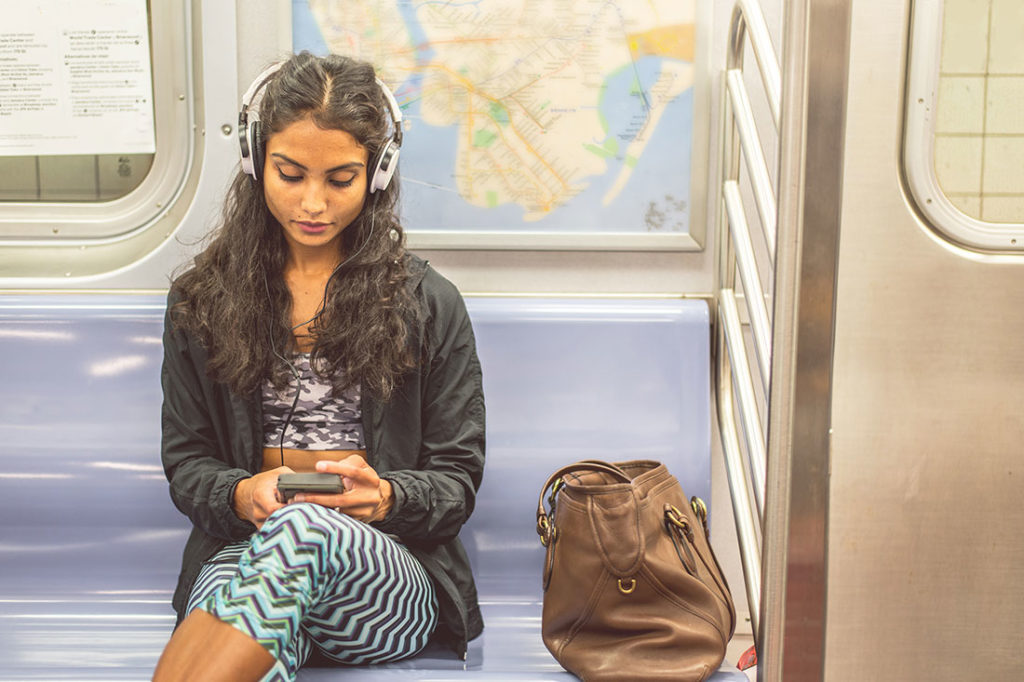 These three scenarios have one thing in common. Can you guess what it is?

The uniting thread: You feel like your boundaries are being crossed.

Setting healthy boundaries comes naturally for some people. For others, it can be a struggle. But regardless of your proficiency in it, one thing is true: If you’re self-employed, have a side hustle or don’t work 9-to-5, establishing boundaries is not just important—it’s imperative. After all, when you don’t work in a traditional office or when you work for yourself, people often assume you have more flexibility or free time than you actually do.

“One of the risks of not setting boundaries is that you overextend yourself; you agree to all kinds of things, personal and professional,” says Ramani Durvasula, Ph.D., a professor emerita of psychology at California State University, Los Angeles, and a licensed clinical psychologist. “At the end of the day, the person who gets hurt by that is you. It’s a really important piece of self-preservation, self-respect and self-care to be able to set healthy boundaries.”

Read on for a step-by-step guide to establishing boundaries, both personally and professionally.

Step 1: Identify whether your boundaries are being crossed.

It can often be difficult to determine when a boundary has been violated.

Durvasula says someone’s ability to notice boundary violations can often be traced back to their upbringing. If your family had poor boundaries, for example, you might find it particularly difficult to detect when your boundaries are being crossed as an adult.

Luckily, there are a few surefire ways to identify when your boundaries are being violated:

“We often feel boundary violations physiologically,” Durvasula says. “They make us uncomfortable. It’s like our gut is talking to us.”

Many of us will try to talk ourselves out of the uncomfortable feeling, she says. Oh, you’re just being silly, we think. If I say no, I’ll be so mean, we rationalize. But if our intuition says a boundary is being violated, it most likely is.

2. You notice uncomfortable emotions popping up.

Shannon Curry, a licensed clinical and forensic psychologist based in Newport Beach, California, says a few key emotions might indicate that your boundaries are being encroached upon. You might:

“It could even be difficult to articulate what the emotion is,” Curry says. “And that could mean a personal boundary has been encroached upon.”

If you feel like you’re disproportionately giving your time to someone else, you could be struggling with a case of inappropriate boundaries.

“When boundaries are being violated, the relationship will start to feel one-sided,” Durvasula says. “It’ll feel very unbalanced.”

Establishing boundaries is far from easy. It’s a delicate and nuanced process that requires practice and mental fortitude. Because of this, people often struggle to take action—even if they’ve noticed burgeoning feelings of anger, resentment or guilt.

“There’s a moment at the beginning where setting boundaries is so uncomfortable for people, they’re like, to hell with this, I’d rather do everything myself than feel this uncomfortable,” Durvasula says. “But if they can endure the discomfort of boundary setting, they can really get themselves to a place where they can respectfully say no.”

One way to push through the initial discomfort is to picture the countless benefits you’ll reap as a result of protecting and preserving your time.

“What you can look forward to is a life that’s created based on values,” Curry says. “You’ll experience more of what you enjoy. You’ll feel more of a sense of dignity and self-respect. You’ll be treated in a way that makes you feel liked and valued. And you’ll be doing things you have chosen to do rather than things you feel were imposed upon you.”

You can start establishing boundaries both personally and professionally using this six-step plan:

The most important first step is to think about your past, Durvasula says. What were boundaries like when you were a child? What did your parents teach you about boundaries? People who grew up in a family with poor or enmeshed boundaries might struggle to set them as adults, she continues.

“If you don’t take a moment to unpack what you were taught about boundary setting, it can be a confusing place,” Durvasula says. “Once you start saying, Ah, I have trouble saying no because I’m concerned if I say no, nobody is going to love me, that’s a really important piece of information.”

People who find it particularly difficult to set boundaries will benefit significantly from the guidance of a therapist during this stage.

2: Make sure this is a boundary worth setting.

Curry says to think about the situation at hand and ask yourself three questions:

Once you’ve answered these questions, you’ll have more clarity regarding whether this is a boundary you want to set in the first place.

3: Remember to speak as clearly as possible.

Clarity is key. Speak in a simple, clear way that doesn’t leave any room for gray area. For example, instead of saying, “I’m so swamped with work, I’ll get back to you later,” you might instead say, “I’d love to chat but I’m swamped today. I’ll call you tomorrow afternoon once I’m caught up on work.”

4: Frame the conversation in a positive light.

It’s important to make sure your friend, family member or client knows you’re establishing this boundary in order to have a better relationship moving forward, Durvasula says.

Take this example: Your sister calls and texts you multiple times a day about her new baby, which interrupts your work flow. You love your sister, but your resentment is building.

Instead of saying, “Please stop calling me—I’m so busy and I can’t get anything done with you bugging me,” take a gentler approach. Consider saying something like, “I know you’re going through a special time right now and I’d love to be involved, but perhaps we could touch base at X time once I’m done working for the day.”

Many of us fail to successfully assert boundaries because our emotions get in the way, Curry says.

Preparing your tone and body language are just as important as preparing your words. Try to remove any anger, resentment or hostility from your voice. Strive for a tone that’s both calm and confident.

“People are more likely to respond positively to us making a request—or to us saying no to a request—if we’re calm, if we’re able to express our needs in a way that is fair and makes sense to them, and if we’re being respectful of the other person,” Curry says.

6: Check in with yourself regularly.

Boundary setting doesn’t mean saying no to every single thing we don’t want to do. “Sometimes we say yes to things we may not want to say yes to because close relationships are characterized by reciprocity,” Durvasula says.

To ensure you aren’t going overboard with boundary setting, it’s important to regularly take time for introspection. Is this relationship healthy and balanced enough that you feel comfortable occasionally doing things you don’t want to?

“[Boundaries] aren’t just about saying no,” Durvasula says. “In a healthy relationship, it’s all about context.”

If you’re struggling to get started, remember this: Anyone who reacts poorly to healthy boundary setting probably isn’t someone you want in your life to begin with.

“If someone is willing to reject you on the basis of you setting a boundary, it’s good to get that information early on,” Durvasula says. “You just dodged a bullet.”

This article originally appeared in the May/June 2020 issue of SUCCESS magazine and has been updated. Photo by oneinchpunch/Shutterstock

Posted in Business, Relationships and tagged pillar
← What Is the Creator Economy and Where Do You Fit into It?Develop Your Empire State of Mindset with Elena Cardone →