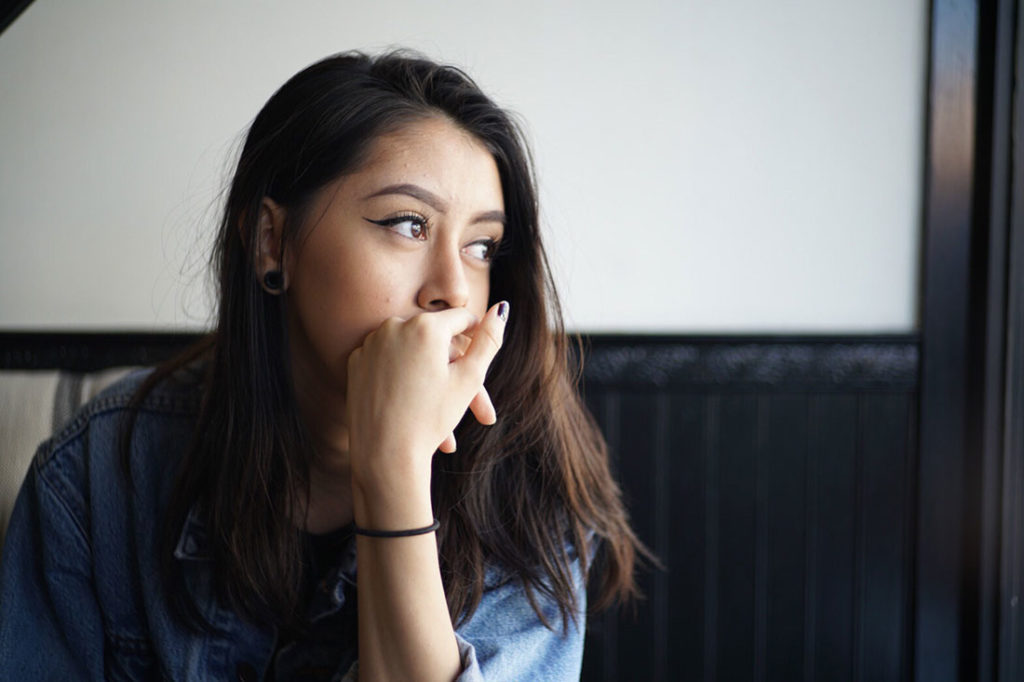 Don’t complain about things you can’t change. Easier said than done, right? Complaining is so natural to us that we don’t even notice when we’re doing it. For many people, it’s easier to connect over a shared dislike than a shared like. You meet a new friend and complain about the cold weather or your distaste for high-wasted jeans. It makes you feel connected. But complaining has long-term mental, emotional and physical effects that simply aren’t worth it. And let’s face it: Complaining rarely solves anything. So how do we quit the habit? It starts with understanding the deeper, automatic feelings that we developed long before we were aware of them. And then it’s about shifting your mindset to a more positive one while understanding that any habit-breaking practice takes time, patience and commitment. Ready to get started?

1. Understand why you feel the need to complain.

Be careful when interviewing yourself; this isn’t a time for judgment or negative self-talk. Once you identify the source of your coping mechanism, you can begin to undo the automatic reactions—complaining, in this case—and instead learn to respond with purpose and clarity.

2. Create space to articulate your feelings in a healthy way.

Contrary to popular belief, ridding yourself of a complaining attitude doesn’t mean you’re relentlessly positive and uplifting. That mindset takes time and patience to develop, and if you expect too much too soon, you’ll probably end up more frustrated (and more likely to complain). Rather than complaining in the heat of the moment, create space to vent after the negative emotions have passed. Venting, unlike complaining, is a way to articulate a frustration without the knee-jerk emotions that fuel a complaint. Here’s the difference:

Let’s say a co-worker has a bad habit of interrupting you during meetings. You’ve cast a few side eyes his way, but he doesn’t seem to be getting the hint. Each meeting makes you feel increasingly resentful, and so you complain to another co-worker after each of those meetings. During those complaints, you end up throwing in a few extra jabs about the state of their messy desk and why on earth did he get that haircut. Now you’re feeling worse and probably a little guilty—and you haven’t solved the interrupting problem. Imagine if you had given yourself 10 or 20 minutes to calm down before speaking to that co-worker, or even to the interrupter himself. Imagine if you had said, “Hey Laura, I’m having trouble in meetings because I don’t feel like I can get a complete thought out before someone interrupts me. What would you suggest?” Or, “Hey Steven, I really value your opinions in the meeting, and I would appreciate it if you gave me the space to share mine too.” Even if your hoped solution doesn’t happen, you’ll have nixed a complaint and avoided negative gossip that you probably didn’t mean.

Perhaps the most important aspect of complaining is to understand whom it hurts the most: you. Complaining might make you feel better in the moment, but that negative talk has serious consequences. Science has proven that complaining—both listening and speaking—causes the brain to release stress hormones. Over time, stress hormones can result in cognitive decline, cardiovascular issues and gastrointestinal problems.

On an emotional level, complaining simply makes us feel worse. Not only are we unable to solve a problem through complaining, but we lengthen the time we spend in negative thoughts. In other words, we’re stealing happiness from ourselves without solving the issue. At any moment, you can choose to change your perspective.

That’s right, you don’t have to feel happy to elicit feelings of happiness. Science has proven that by mimicking the emotion of happiness—such as a smile or a laugh—the emotional response actually follows. This is known as “facial feedback hypothesis.” To bolster this idea, then-Yale psychologist Sigal Barsade, Ph.D. conducted a study that found happiness to be contagious. When one positive person entered a room, the entire group’s positivity increased. (Added bonus: They also performed better at work.)

The next time you feel a complaint coming on—as weird as it feels—force your face into a happy one. Build on the effect by saying something positive to the first person you see. Take note of how you feel after a few minutes.

For the natural competitors reading this, consider your no-complaining goal a new challenge. Can you go one whole day without complaining? What about a week? A month? Make it a challenge and enlist a friend or co-worker to join with you for increased accountability.

Remember, though, that this isn’t a time to beat ourselves up when we fall short. If you can’t make a day or even an hour, remind yourself that this is a habit that’s been ingrained in you for years; change takes time. The important thing is that you recognize a complaint when it happens, identify the source of the coping mechanism, and then shift your brain (and face) to a more positive outlook. Keep a journal during your challenge and write down your daily thoughts and feelings. With each day, you’ll get more practiced at ditching complaints. Before you know it, you’ll be the positive one in the room uplifting everyone else.

Read next: Instead of Complaining, Remember These 10 Things