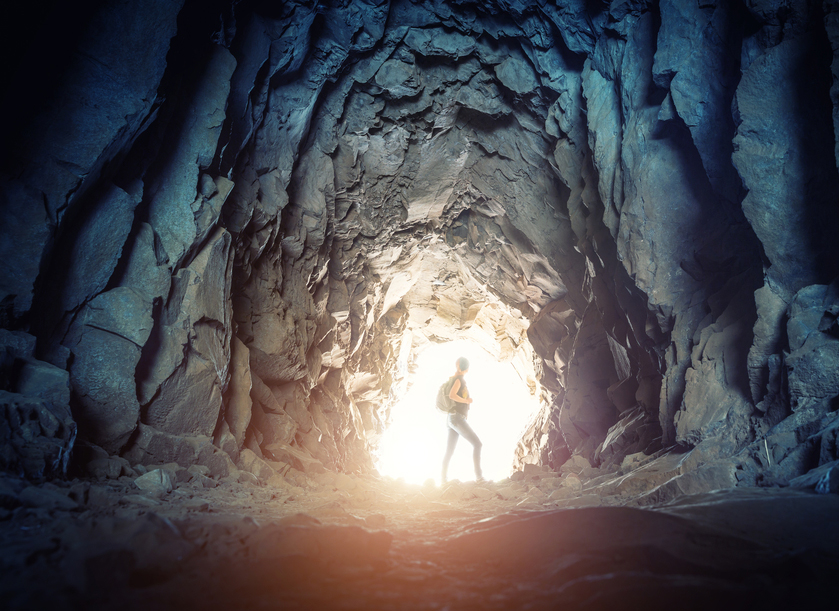 Have you ever wondered where your beliefs come from? They don’t just pop into your head out of thin air. The beliefs you have about anything in your life are created over a period of time through a consistent way of thinking. You could think of your mind as a big cave, filled with different caverns.

Your beliefs are truths that have been formed by a constant trickle of thoughts through your mind, depositing their positive, negative and indifferent impressions as they run through, like stalactites and stalagmites in your head. Over here, your beliefs about love, sex, marriage, children and family. In the corner are politics, religion and the unbelievable hairpiece your boss wears. Scattered throughout your mind are thousands of these imaginary formations—giant, tiny, positive, negative and everything in between, each being built from slow, steady drips of your constant thoughts.

Some beliefs have grown quite large over time and are practically indestructible, as if they were, well, set in stone. Some are thin around the base and can be broken easily. This mind-cave is a crude metaphor, but it illustrates how a constant trend in your thoughts can grow into beliefs that can’t be eroded. Sometimes that’s a good thing.

If your beliefs were shaped by positive streams of thought, you’d be left with positive beliefs, monuments to your ability to overcome, achieve and succeed. Sometimes the beliefs you build can be crippling, though. Negative thoughts create beliefs rooted in negativity, like teeth in a dooming bear trap of your own design. In other words, beliefs are thoughts that you keep thinking over and over.

Right now, you may be thinking that many of your beliefs were influenced or even forced upon you when you were young—by your parents, teachers, religious leaders, whoever—and that you didn’t really have a choice in the matter.

The fact is that even if your beliefs were forced upon you by other people, they were still registered into your mind by way of your thought process. They cannot get there any other way. It really makes no difference who or what the original source is.

The point is, if your brain is being bombarded by a barrage of toxic thoughts on a consistent basis, you can be sure that an unhealthy belief system is being created. Your beliefs write the story of your life.

I have you thinking now… don’t I?

Related: If You Want to Be Happy, Tell the Big Mouth Inside Your Head to Shut Up Posted in Motivation, Personal Development
← Does Who You Are Match What You Say?Why Working More Is Making You Less Productive →