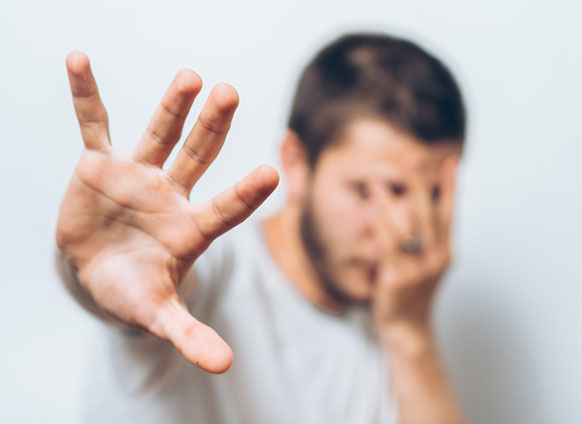 The third block in the second tier of Coach Wooden’s Pyramid of Success is Initiative. He chose to direct his definition of this trait at the individual by urging him or her to “cultivate the ability to make decisions and think alone. Do not be afraid of failure, but learn from it.”

Coach Wooden’s college coach at Purdue, Piggy Lambert, once inspired Coach with these words: “The team that makes the most mistakes usually wins.” He was emphasizing that it is the doers who make mistakes. This was an important lesson in shaping Coach Wooden’s teaching philosophy.

Coach wanted mistakes of commission, not of omission or of carelessness. In other words, he wanted his team to be made up of doers. “We must not be afraid to act,” he said. “If we are afraid to do something for fear of making a mistake, we will not do anything at all. That is the worst mistake of all. You learn through adversity. We get stronger through adversity.” Coach firmly believed that if you were not making any mistakes, you were not working close enough to the edge of your potential.

One of Coach’s favorite poems was a short verse that embraced exactly this concept:

When I look back, it seems to me,
That all the grief that had to be,
Left me when the pain was o’er,
Stronger than I was before.

Coach Wooden once described the needed behaviors and character traits of a great leader as the same behaviors and character traits of a great parent. “We must not be afraid to fail,” he insisted. “We, as parents, I think, deprive our children, the ones we love the most and want to help the most, of the development of initiative by making decisions for them too long in certain areas…. Lincoln said: ‘The worst thing a parent could do for his children is doing things that they could and should do for themselves.’ Give them the opportunity to fail. Let them learn from it so that they won’t make that same mistake again when you are not there telling them what or what not to do. Initiative will help us overcome many stumbling blocks.”

Related: To Succeed Under Pressure, Focus on the Experience

The same lesson is, of course, applicable to a teacher or coach or mentor—anyone in a position of leadership. Coach often reminded us that if we make a decision based on careful planning while using all the information available to us at the time and act with self-control, but it doesn’t lead to the results we’d hoped for, that doesn’t mean we made a bad decision. It just means it’s a decision that didn’t work out. The result should not discourage us from taking initiative in the future.

Be a doer. Take initiative. Never be afraid to make a mistake.

In my 30 years of working with Coach Wooden in my basketball camps, the most proactive request that I received from parents was, “Please help my child to stop being afraid of making a mistake.” I loved hearing that because it meant that the parents recognized the profound importance of teaching initiative from an early age.

The two Wooden fundamentals that Coach stressed to eliminate this fear of failure are:

Be a doer! Take initiative! Never be afraid to make a mistake! As Coach Wooden loved to say, “A mistake is valuable if you do four things with it: recognize it, admit it, learn from it, forget it.”

Related: There Is No Substitute for Work

Posted in Motivation, Personal Development
← Ep. 66: 5 Keys to a Healthier BrainWhen You’re Dating (or Married to) a Pessimist… →