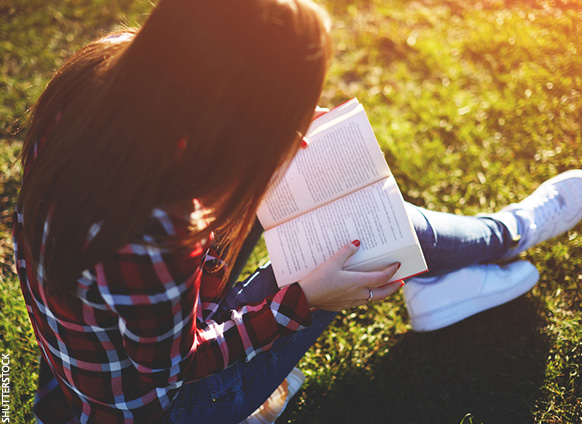 I read a borderline OCD’ish amount of books. I don’t know how many I’ve read exactly—I’m too busy reading to count things. But I’ve been pouring through them pretty much non-stop since I was negative 9 months old, from when my dad started reading to my mom’s belly, up until just 30 minutes ago when I took one of my many daily book breaks. It’s a lot, whatever it is. My house could probably serve as a backup to the library of Congress if it ever got burned down, let’s put it that way.

If you can (and apparently You Can!), buy this book as used as possible just so you can smell what a book from 1913 smells like. It’s amazing. I get high just from flipping the pages past my nose a bunch of times. They used to lace book pages with leftover cocaine from the Coca-Cola plant back then I think. Ah the good old days—when books were books and soda was almost worse for you than it is today maybe.

You Canis a collection of 114 success “secrets.” That’s right. 114. Apparently in 1913, humans were still smart enough to handle 114 success secrets at a time. By the 1980s, we were down to seven, and now we can barely stomach one: The Secret.

Luckily, each of the 114 secrets gets only about a page each, so it makes for easy reading. But if you were to do nothing more than read this book and apply it to your life, you would die a wealthy, healthy and happy man or woman. Have you ever seen a healthy corpse? Very common in 1913.

In general, you should read every single book written in the 1960s. Most writers were tripping on acid so it just makes reading more fun that way.

A short story from the book that sums it up:

Dick Cheney smoked three packs of cigarettes a day in his 20s and 30s. How that is even possible I have no idea. Maybe he sleep-smoked. Anyway he had a heart attack at age 37. He didn’t quit smoking. He had a second heart attack at age 43. A third at age 47. A fourth at 59. It took four freaking heart attacks for him to finally stop smoking. This book explains why experiences like Dick’s are so common and how to not be a Dick.

I recently read a total time-waster called Change … Something Or Other written by a bunch of psychologists. It was like a Dr. Seuss book compared to Change or Die.

Best book on the core fundamentals of change ever written. Get it, read it and then change. Or die.

3.The Way of the Superior Man by David Deida

Boys shouldn’t legally be allowed to turn 18 without having read this book. No woman should even consider marrying a man who hasn’t read it. And no man is a real man who doesn’t know and apply what is within its pages.

Do I really need to say more?

Caveat: There’s some fairly offensive stuff sprinkled satanically throughout this book I don’t personally agree with. Not a lot, but some. If you’re easily offended, don’t read it. But do leave me a comment below so I can recommend a book about not getting offended so easily.

4. Pitch Anything by Oren Klaff

Pitch Anythingis about how to flip the script on potential customers/clients and have them chasing you as opposed to you chasing them—how to have them sell you on selling them!

It’s applicable for every human being on earth no matter what your profession. If you’re living, you’re selling. And you have to sell well to live well.

If I had a name like Dag, I would be a friggin’ rock star. Dag Hammarskjold was not a rock star for some reason. He was Secretary-General of the United Nations in 1953. Despite what we may think about the U.N., Dag was extraordinarily smart.

Markingsis the Christian equivalent to the great stoic Marcus Aurelius’ famous book Meditations (also worth reading)—a collection of short reflections and advice about life in general. This is my favorite one:

Is life really so wretched? Isn’t it rather your hands which are too small and your vision which is muddied? YOU are the one who must grow up.

Boom. Chew on that for a minute.

After you’re done chewing, buy all these books, read them and be officially way smarter than everyone else.

“In my whole life, I have known no wise people who didn’t read all the time—none… ZERO.” –Charlie Munger