Quest Nutrition began with the mission to revolutionize food and make clean eating fun. Quest Nutrition finds healthy ways to make snacks such as protein bars, powders, chips and pastas. The company was named one of Inc.’s 10 fastest-growing private companies in the U.S. in 2014.

What things do you never leave the house without?

My phone and my headphones. I listen to audiobooks at every spare moment. Wherever I am, chances are I’m listening to an audiobook.

What’s the last book you’ve read that inspired you?

Extreme Ownership: How U.S. Navy SEALs Lead and Win by Jocko Willink and Leif Babin. It’s an incredibly powerful book. The core concept is about taking responsibility for everything in your life and not making excuses. What’s the last gadget you bought that changed how you do things?

The Amazon Echo. The future is becoming more and more automated. I think one of the next biggest paradigm shifts on the horizon is going to be the digital assistant.

Work ethic. I also build myself a theme around finding the right answer instead of being right, and that subtle shift has made all of the difference in my life.

Everything comes down to having a growth mindset. When you hit a disappointment, somebody with a growth mindset realizes that they were not yet ready for that challenge, but that they can become ready. When I fail, it’s a reminder to me that I can grow and get better.

I have not used an alarm to wake up in over a decade. As soon as I roll out of bed, I go straight to gym. Right after I finish working out, I meditate. You have to exercise the body as well as the mind. 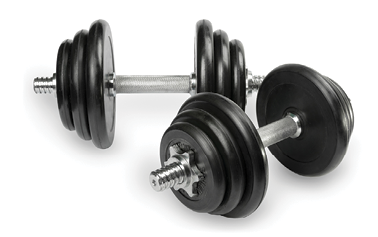 I do a podcast called Inside Quest. Our listeners are taking action. That is so inspiring to me—somebody who has the guts to put everything at risk, to try something, to go for what they believe in.

It’s critical to build your self-esteem around something [in your character] that is anti-fragile, as Nassim Taleb defines it—not something that is resilient but rather something that actually gets stronger the more it encounters stressors. Will you let me count The Matrix as a feel-good movie? It reminds me my potential is limitless. I love that movie; it sits at the heart of my very existence.

What is your favorite musician or band?

I like what’s new. I’m obsessed with discovering new music.

Which characteristic do you value the most?

Grit. It is the people who are able to learn, adapt and keep pushing forward who ultimately succeed. If you allow setbacks, obstacles or even failure to stop you, it will be impossible to succeed.

Posted in Personal Development
← 5 Startup Lessons I Learned From My Immigrant FatherRohn: What the Olympics Can Teach You About Achieving Your Dreams →