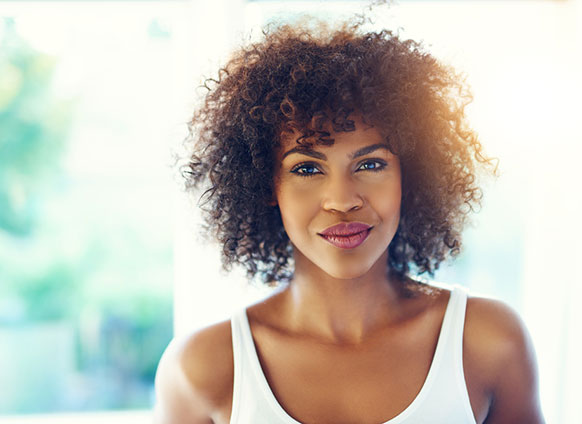 Rory is one of the strongest people I’ve ever worked with. He’s survived cancer. He’s lost his father, his longtime girlfriend and his job. A house fire destroyed his belongings. But rather than allowing hardships to make him bitter, Rory focused on getting up and getting better. He walked into my office saying, “I want to make sure I’m doing everything I can to reach my goals and give back to others.” Despite the hand he was dealt, Rory expressed gratitude for what he had rather than focusing on everything he had lost. He learned and valued the lessons that came from his pain.

Throughout my career as a psychotherapist, I’ve seen countless people beat the odds. Despite repeat tragedies, ongoing challenges and uphill battles, they persevered. They maintained a positive outlook on life. They stood back up each time they were knocked down.

Related: 7 Traits of the Most Resilient People

I’ve also seen countless people succumb to their environment. They feel sorry for themselves, considering their situation to be worse than others. They spend time and mental energy stressing about things they can’t control. They’re resistant to change, often believing nothing will improve their situation. As a result, they often stay exactly where they are.

The tenacious individuals all had one thing in common: an insatiable desire to build mental muscle. They were determined to reach their greatest potential despite whatever challenges life threw at them. Those who collapsed in the face of adversity also shared a common thread: a static place in life. They were often passed up for promotions, struggled with long-term relationships and battled with emotional ups and downs.

It’s easy to feel mentally strong when life is going well. But sooner or later, you’ll reach a point when you need all the mental strength you can muster. A health crisis, a financial problem or relationship trouble are just a few of the challenges you’re likely to face.

Everyday stressors such as traffic jams and disagreements with co-workers can wear you down if you aren’t actively and consistently building yourself up.

But it’s not just big problems that can keep you from being your best. Everyday stressors such as traffic jams and disagreements with co-workers can wear you down if you aren’t actively and consistently building yourself up.

How you respond to those challenges makes a big difference in your overall well-being. Will you be able to turn your struggles into strength? Or will your problems serve as roadblocks that stand between you and the life you want to live?

The Dangers of Mental Weakness

For many people, the fear of rejection, a lack of optimism or a host of self-sabotaging behaviors hold them back from reaching their goals. The hurdle that keeps someone from crossing over the space between a mediocre life and an extraordinary life is a lack of mental strength.

Your mind can be your best asset or your biggest weakness. If you don’t train it well, your negative thoughts will become a self-fulfilling prophecy.

If you think I’ll never get hired, you’ll probably sit through an interview with slumped shoulders and lackluster responses. Your behavior could prevent you from making a good first impression and ultimately decrease your chances of being hired. When you don’t land the position, your self-limiting beliefs are reinforced and the negative cycle continues.

When you label yourself as not good enough or not smart enough, you equip your negative thoughts with the power to influence your emotions and behaviors. You can’t create positive change until you take back control of your thoughts. You can’t perform at your peak without a strong mindset.

Why You Need Mental Strength

Picture someone you consider mentally strong. What does he or she look like? Often, people picture professional athletes or Navy SEALs as the most resilient. But you don’t have to have a World Series game or your life on the line to benefit from increasing your mental strength.

Whether you’re leading a company or just want to be a better parent, building mental muscle will help you reach your goals. When you’re mentally strong, you become the best possible version of yourself.

Building mental strength is the key to greater life satisfaction, enhanced performance and increased resilience. It’s about creating the kind of life you want and being bold enough to live according to your values.

What could you accomplish if you were willing to risk rejection? What could you achieve if you pushed yourself to your mental and physical limits? How much could you do if you put your time and energy into the things that truly matter? A strong and resilient mind allows you to answer these questions with a confident anything.

How to Maintain Mental Strength

It’s important to monitor your progress and keep an eye out for bad habits that could rob you of mental strength. It’s also essential to set healthy boundaries with people who might try to sabotage your efforts.

Set aside time to reflect on your improvements. Are you challenging yourself to grow stronger? Have you grown complacent and comfortable? Remember that no matter how strong you become, there’s always room for improvement.

Just because you’re mentally strong in one area of your life doesn’t mean you’re invincible. We’ve seen elite athletes resort to using performance-enhancing drugs that ultimately tarnished their legacies, and successful people who fell prey to get-rich-quick schemes. Stay vigilant at all times to avoid common traps that drain your mental strength.

Becoming mentally stronger won’t guarantee success. But it will help you learn from your mistakes and rebound from failure. The more mental muscle you build, the easier life’s inevitable challenges become.

Being Strong vs. Acting Tough

Despite the advantages mental strength can offer in your personal and professional life, most people don’t pay much attention to their mental muscle. In fact, many people don’t know what it means to be mentally strong.

Acting tough is about surviving, while being strong is about thriving.

Don’t mistake kindness for weakness either. Mentally strong people are sensitive, kind and caring while also being bold enough to live according to their values.

We all have a choice. Every morning, we can choose to stick to our normal routines, follow our cravings and let our emotions dictate whether we work out, stick to our diet or abandon our goals. Or we can choose to be better than we were yesterday, even when it’s uncomfortable or even painful. Take the first step, and then another. Eventually, your mind will begin to strengthen and see the difficult choices as opportunities for growth. Which will you choose?

Amy Morin is a psychotherapist, college psychology instructor, and the author of 13 Things Mentally Strong People Don't Do, a best-selling book that is being translated into more than 20 languages. In addition to private consultation, she provides mental strength training to individuals and groups through her Mental Strength eCourse, speaking engagements and workshops.

Posted in Success
← Failing Fast and Succeeding: How Smart Women Build Confidence7 Rules to Be Wealthy as a Single Parent →