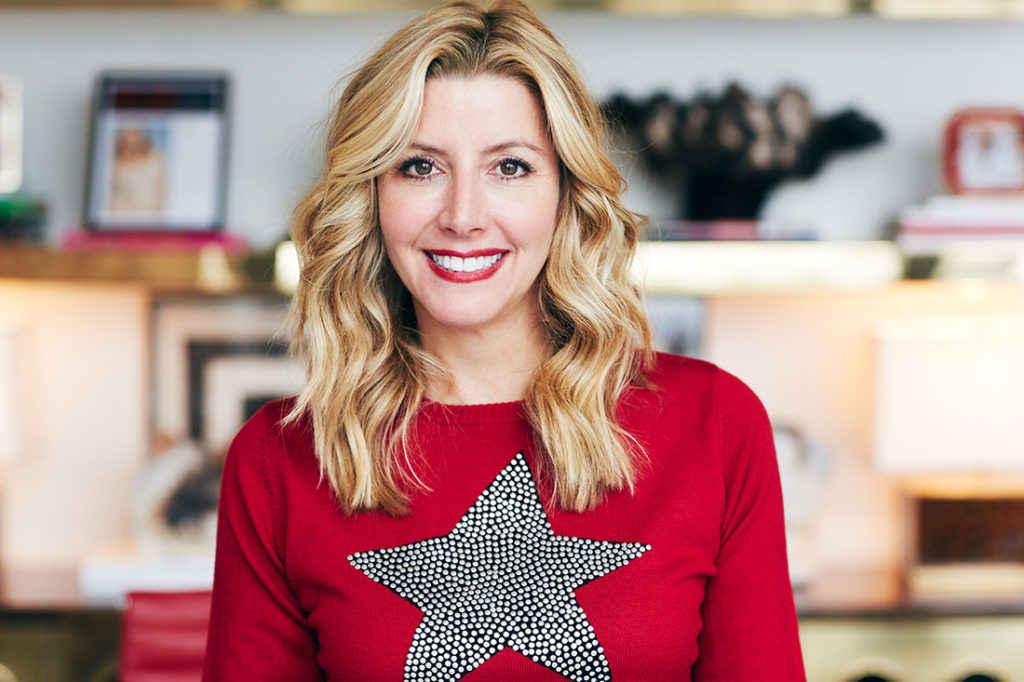 She’s graced the covers of Forbes, Inc. and our very own SUCCESS. She’s appeared on 60 Minutes, Shark Tank and The View. In 2012, at 41, she became the first woman in the world to become a billionaire, without the help of an inheritance or spouse. She’s Sara Blakely, founder of shapewear company Spanx.

But before that, she was a hopeful lawyer, a Walt Disney World chipmunk character, and a door-to-door fax machine salesperson. Then she came up with an idea that changed everything. It’s an inspiring story, one that’s been told a hundred times.

“The sound bite in the media for 20 years has been, ‘Sara cut the feet out of her pantyhose and then Spanx is here,’” Blakely says. “But it always starts before that.

Related: 21 Bits of Wit and Wisdom From Sara Blakely, the Woman Behind the Billion-Dollar Brand

During a vulnerable interview on The Tony Robbins Podcast with the host of the same name, a No. 1 life and business strategist, No. 1 New York Times best-selling author, entrepreneur and philanthropist, Blakely shares some of her greatest lessons while building Spanx, which celebrates its 20-year anniversary this year. Here’s what we learned:

1. Death was her first lesson but not her last.

When Blakley was 16 years old, her friend was struck and killed by a vehicle while riding a bicycle. Shortly after, her parents decided to separate and her father moved out of the family home. Before leaving, her father gave her a cassette tape collection, How to Be a No-Limit Person by Wayne Dyer.

It would become a spark that ignited a lifelong journey to better understand herself and to capture each moment, knowing that life is fleeting. Loss, whether physical, emotional or spiritual can either cripple someone or propel them forward. For Blakely, loss became a catalyst.

2. She learned about people through door-to-door sales.

For seven years, Blakely knocked on doors selling fax machines. For anyone who’s been in cold sales, they know it’s a grueling industry. She learned that people generally fall into one or two of four categories: socializers, relaters, directors and thinkers. She, a director and socializer, struggled to sell to thinkers. They wanted every piece of information before making a decision, no matter whether it was relevant to them. To her, that was a waste of time.

Blakely had to learn how to adapt to other personality types, especially when it came to sales. That lesson led her to focus obsessively on the customer while building Spanx, relying on customer feedback and word-of-mouth advertising to grow and adapt her business. And, well, we know how that story turns out.

3. Failure was ingrained in her at an early age.

Blakely’s father played an instrumental role in helping her develop an entrepreneurial spirit. He not only believed in the value of failure, but actively celebrated it. Every day after school, he asked her what she had failed at that week.

“If I didn’t have [a failure], he would actually be disappointed,” Blakely says. “I didn’t realize it at the time, but he was just changing my definition of failure…. It became not about the outcome, but about not trying.”

As any entrepreneur knows, doubt is part of the process. This life comes with risks, and the second it becomes difficult, the self-preserving brain is quick to save us from further failure, disappointment and embarrassment. Learning positive self-talk helps to combat the negativity that can cripple a budding business faster than shrinking profit margins.

“How did you deal with [negative self-talk]?” Robbins asks during the interview. “You,” Blakely says.

Robbins was a crucial element to Blakely learning that fear and discomfort and self-doubt are things that can be combated through the way we think and talk about ourselves.

Blakely never went to business school. She never took a business mastery class. She never walked in the shoes of a business owner. And yet, Spanx saw its first department store shelf inside the doors of retail behemoth Neiman Marcus. How? She picked up the phone and called. Then she flew down to Dallas, Texas, where the brand’s buyer’s office is located, and pitched her product by trying it on in the office bathroom. The typical route involves extensive marketing, hundreds of weekend trade shows and “putting in the time” before someone like a Neiman Marcus buyer approaches your booth.

“When you don’t know how it’s supposed to be done, you’re going to do it differently,” Blakely says.

So many would-be entrepreneurs have great ideas and even great businesses that never scale because they’re following the conventional path of “this is how it’s done.” Blakely says you must trust in that lack of knowledge and experience.

“If you do it like everyone else, that’s not change; that’s not innovation,” she says.

Related: Tony Robbins’ Ultimate Guide to Your Best Year Ever

Listen to the full episode here!

Articles
Posted in Success
← 5 Ways Women Can Support Each Other at WorkIs Self-Help for Broken People? →