Achieving a goal is a wildly exhilarating thing. If you’re flirting with the idea of giving up, you could be throwing away something wonderful―your best future.

There’s going to be anxiety about uncertainty and fear about failing, but push yourself to keep going. After all, you’ll never know how close you are to succeeding if you quit now.

To channel some positive momentum, keep these 15 motivating quotes at the top of your mind. And never give up.

Related: 11 Ways to Stay Motivated From People Who Refused to Quit 1. “Character consists of what you do on the third and fourth tries.” ―James A. Michener 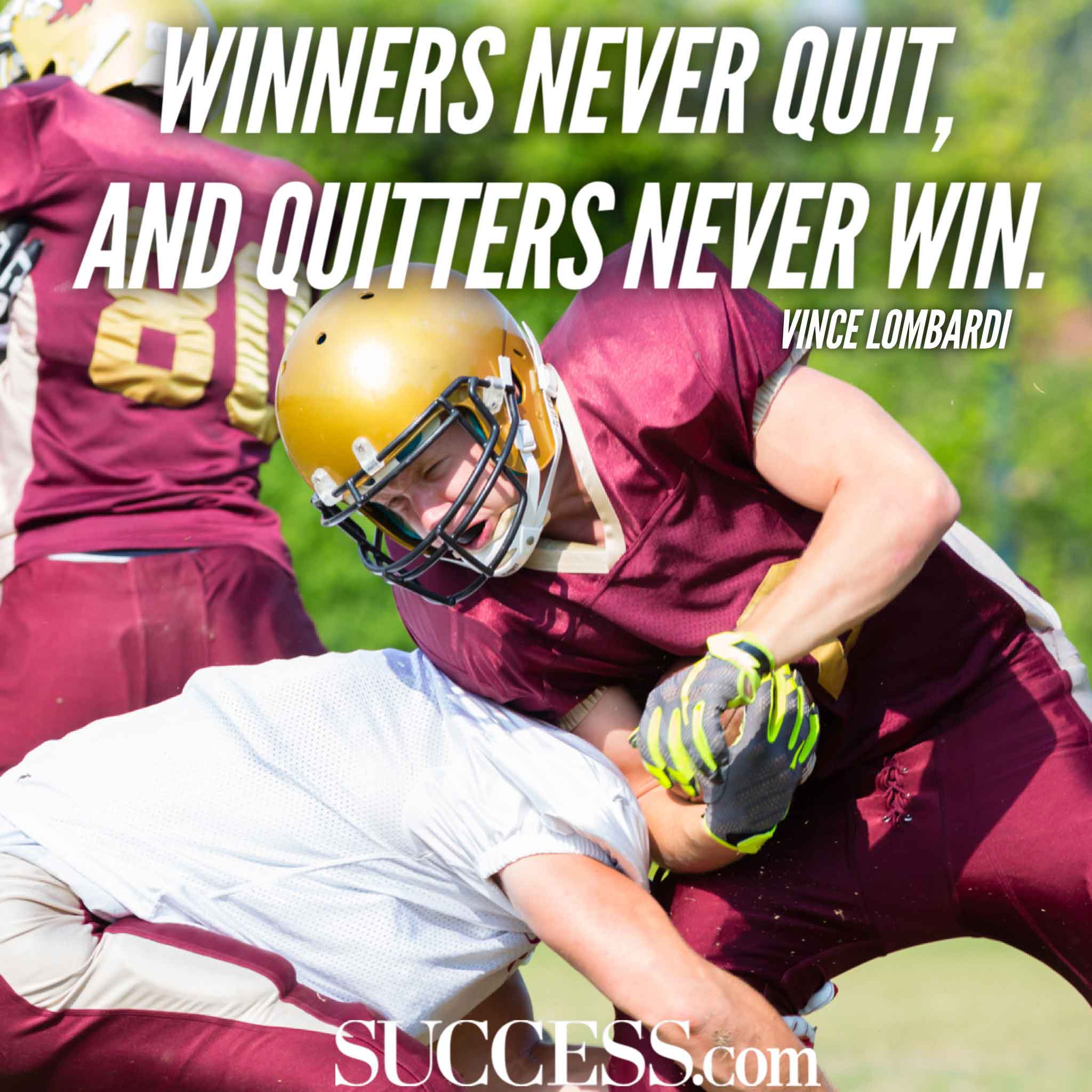 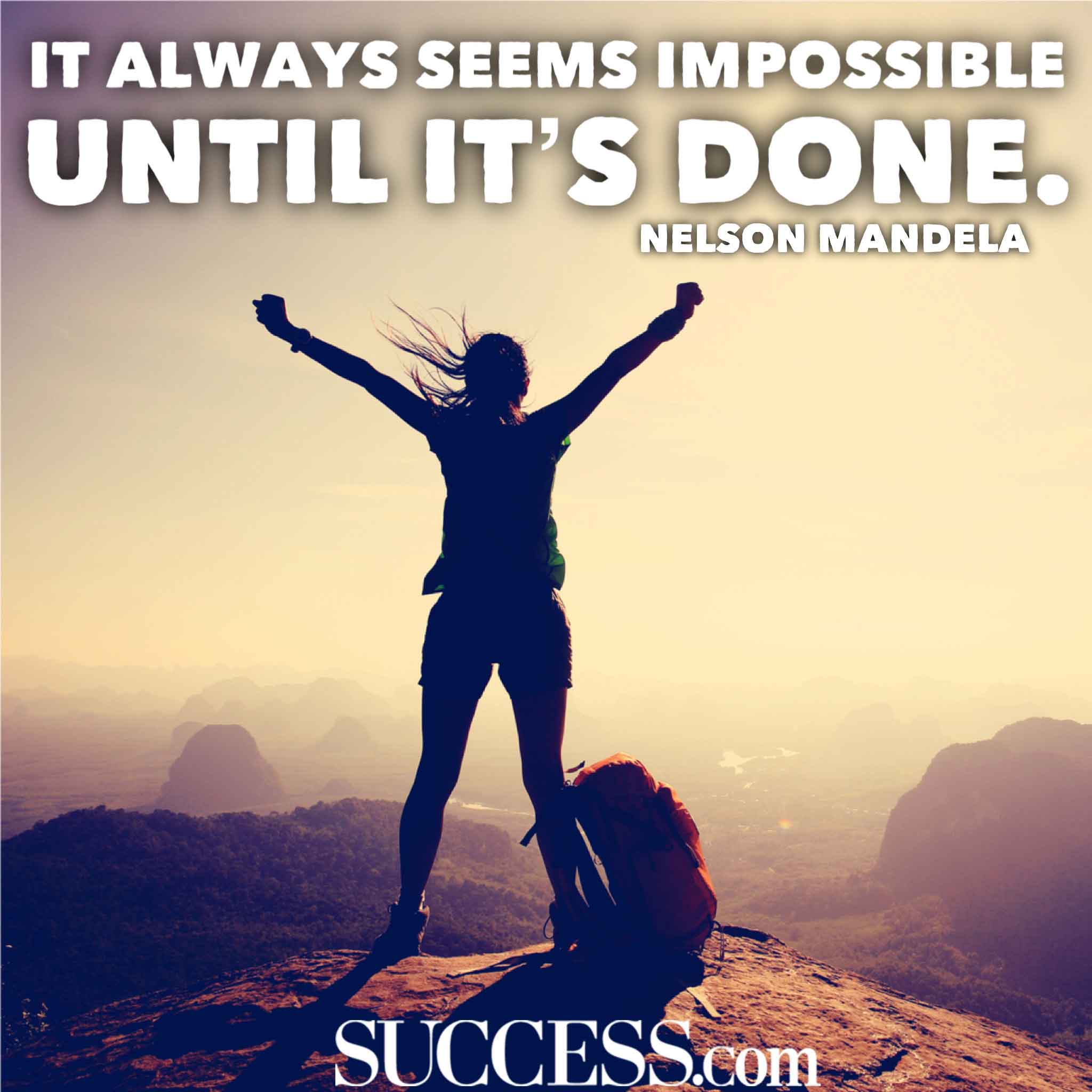 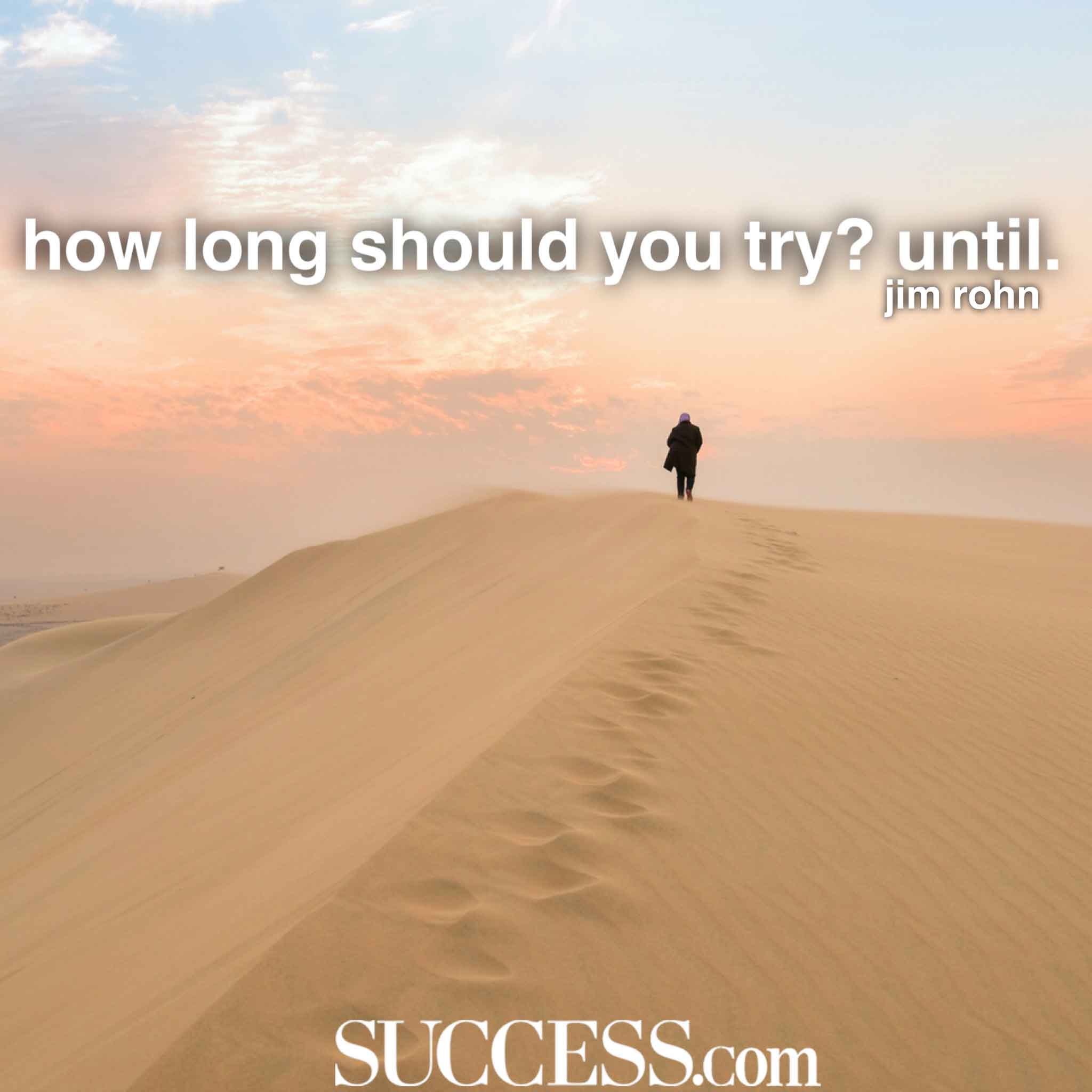 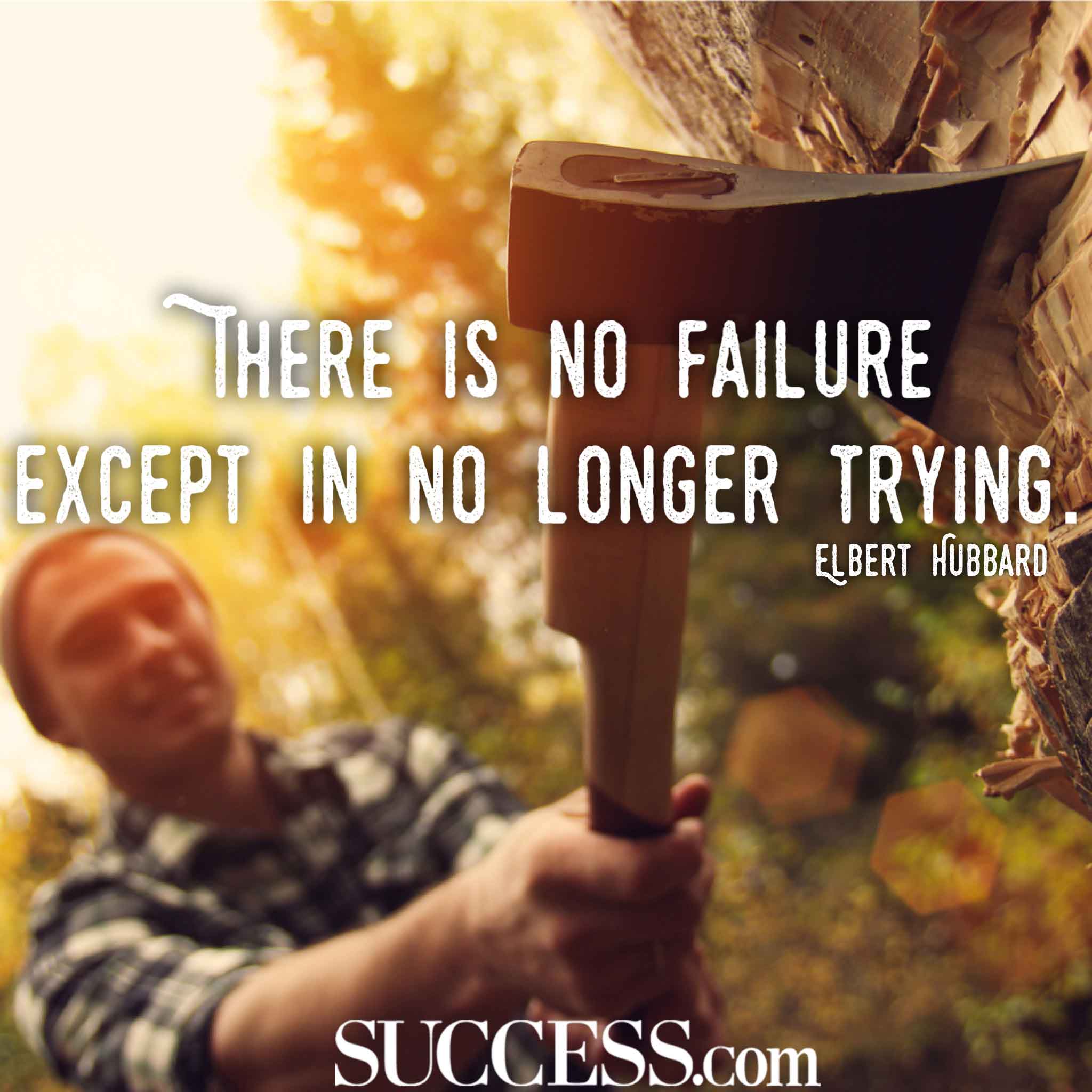 5. “There is no failure except in no longer trying.” ―Elbert Hubbard 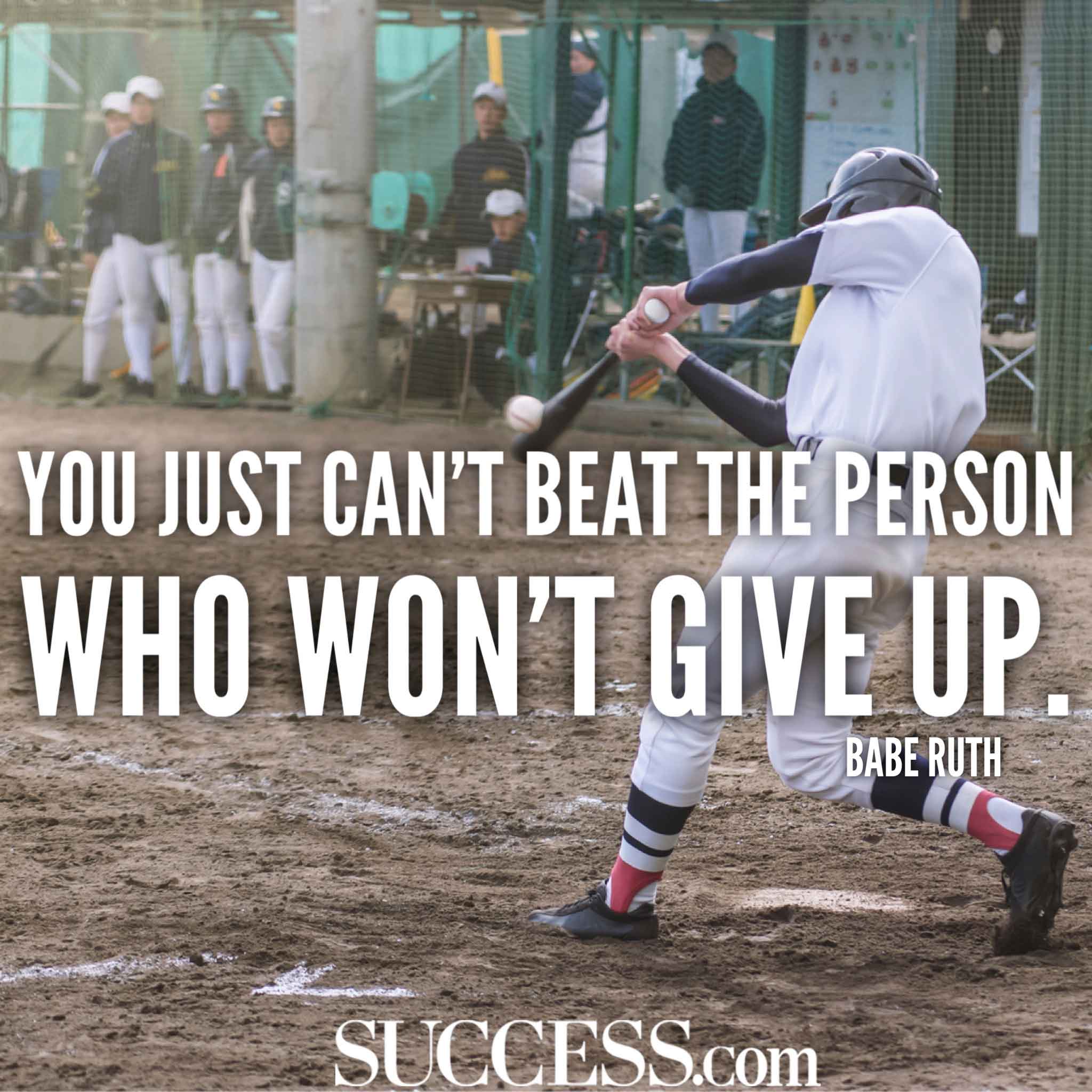 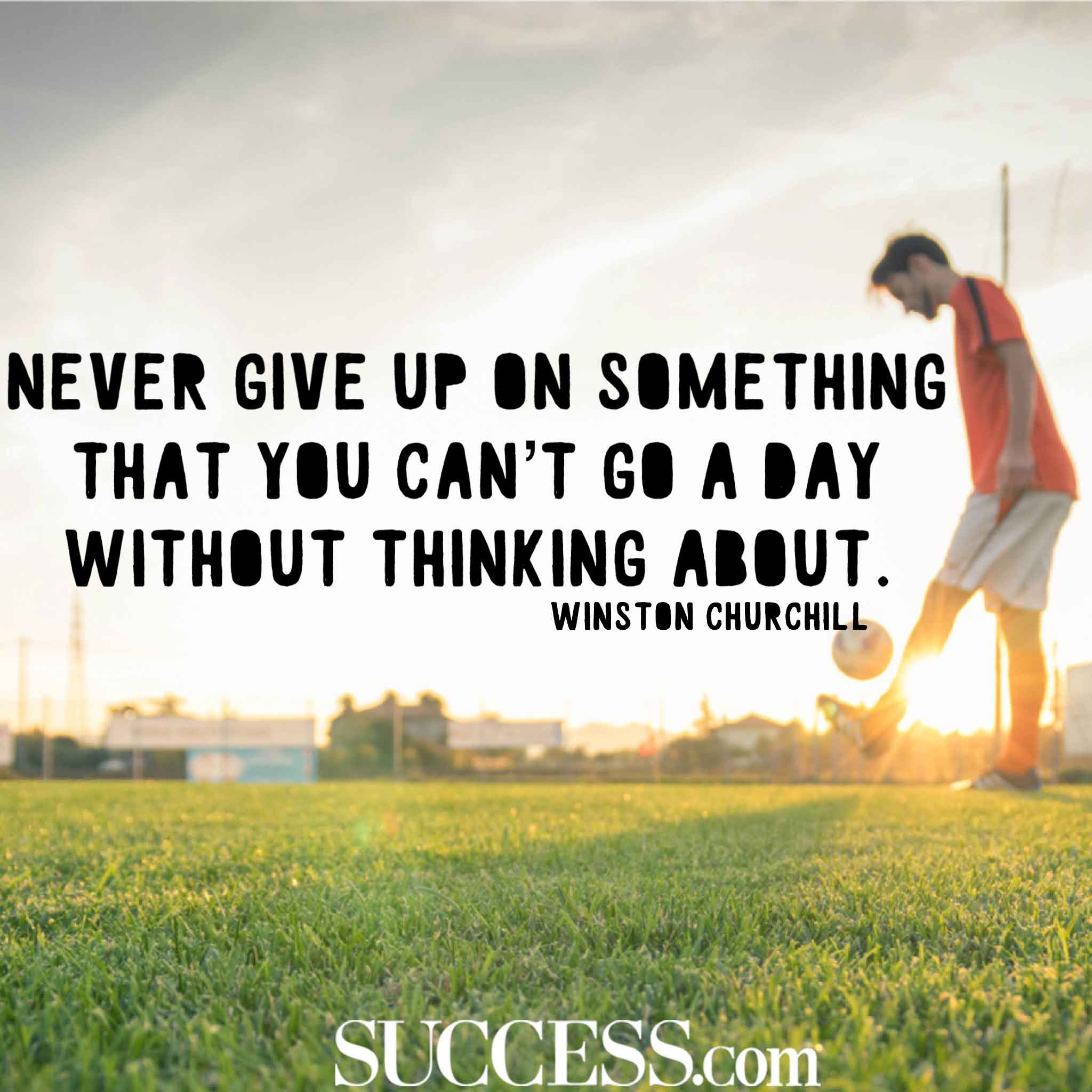 7. “Never give up on something that you can’t go a day without thinking about.” ―Winston Churchill 8. “Most of the important things in the world have been accomplished by people who have kept on trying when there seemed to be no hope at all.” ―Dale Carnegie 9. “Never give up, for that is just the place and time that the tide will turn.” ―Harriet Beecher Stowe 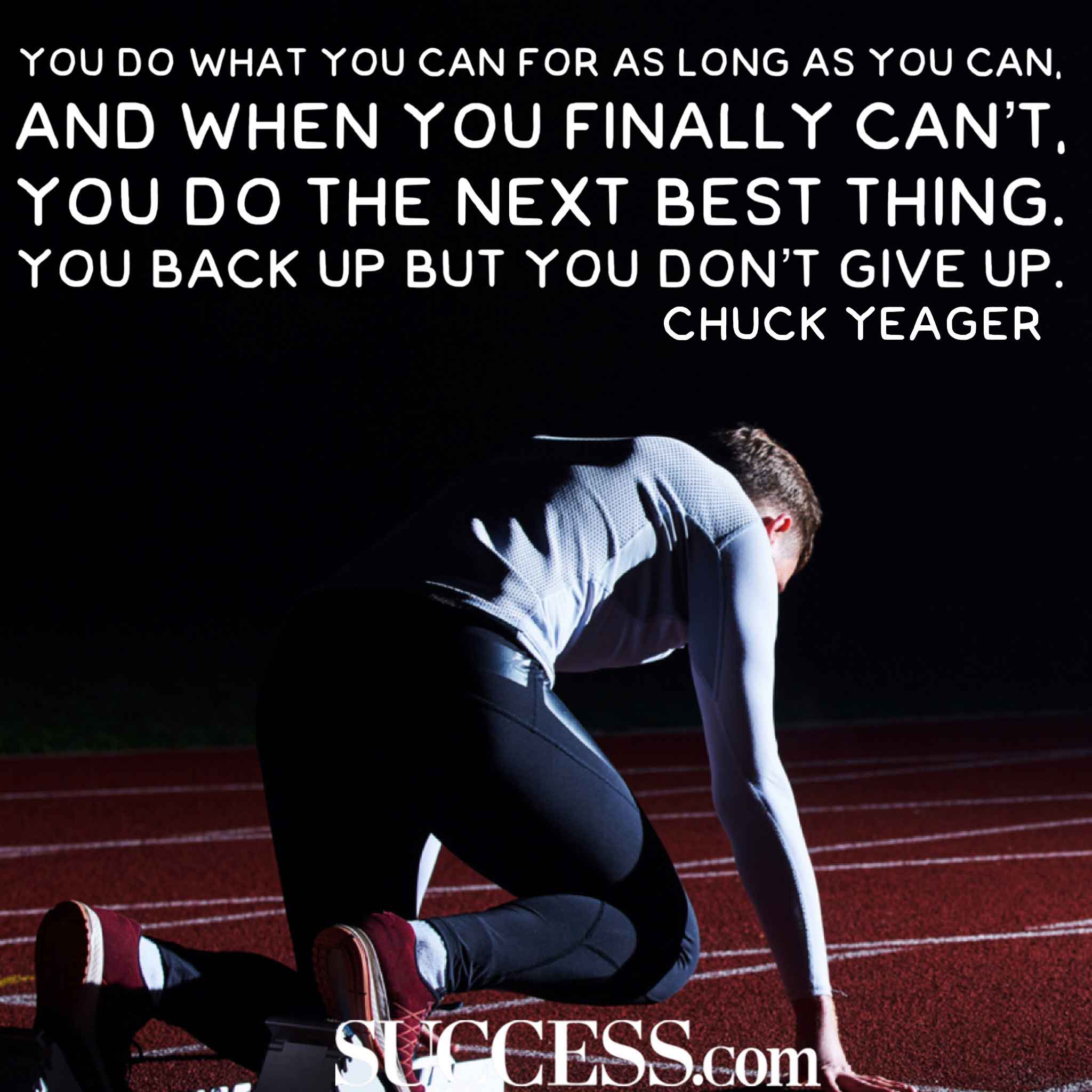 10. “You do what you can for as long as you can, and when you finally can’t, you do the next best thing. You back up but you don’t give up.” ―Chuck Yeager 11. “Our greatest weakness lies in giving up. The most certain way to succeed is always to try just one more time.” ―Thomas Edison 12. “It does not matter how slowly you go as long as you do not stop.” ―Confucius 13. “If you fall behind, run faster. Never give up, never surrender, and rise up against the odds.” ―Jesse Jackson 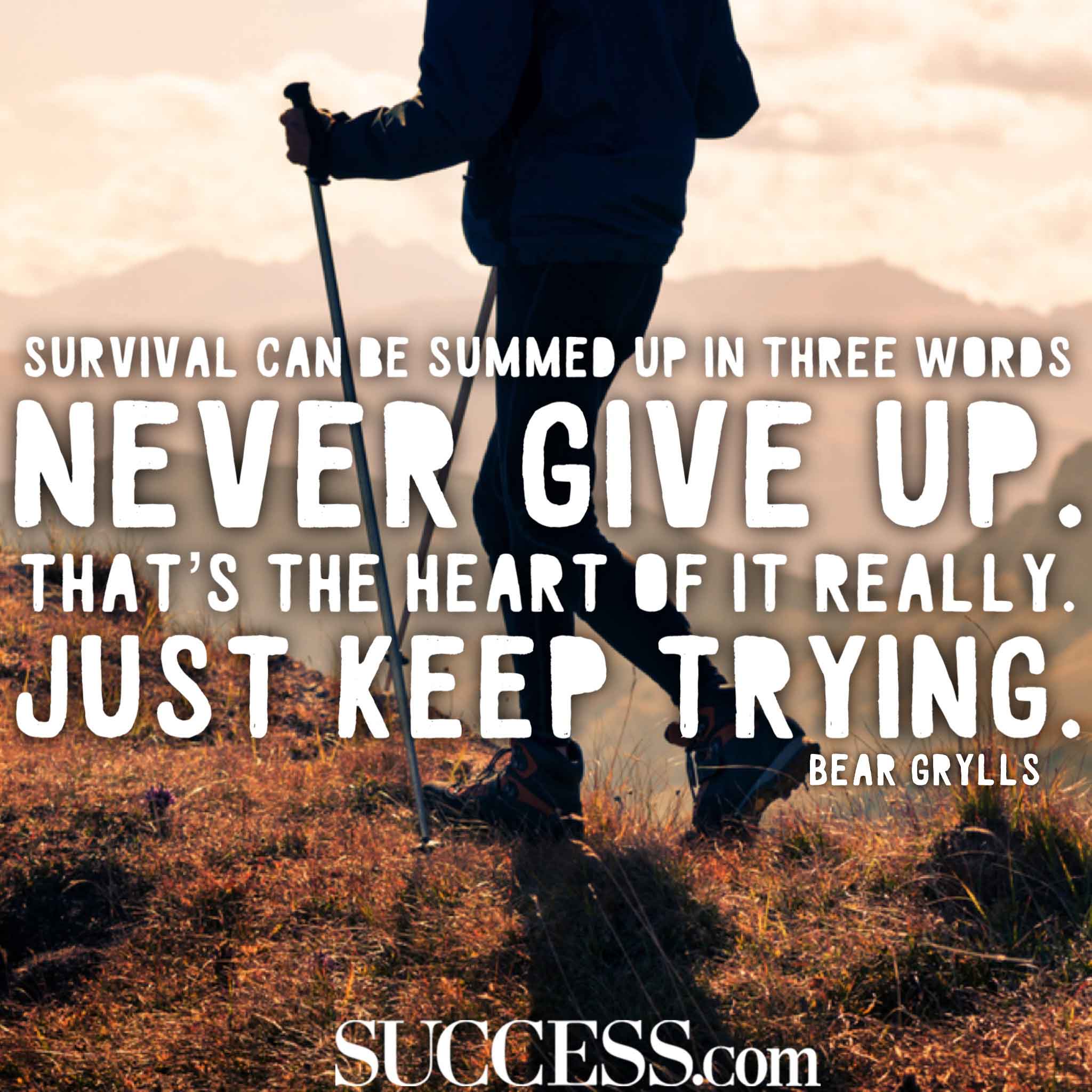 14. “Survival can be summed up in three words―never give up. That’s the heart of it really. Just keep trying.” ―Bear Grylls 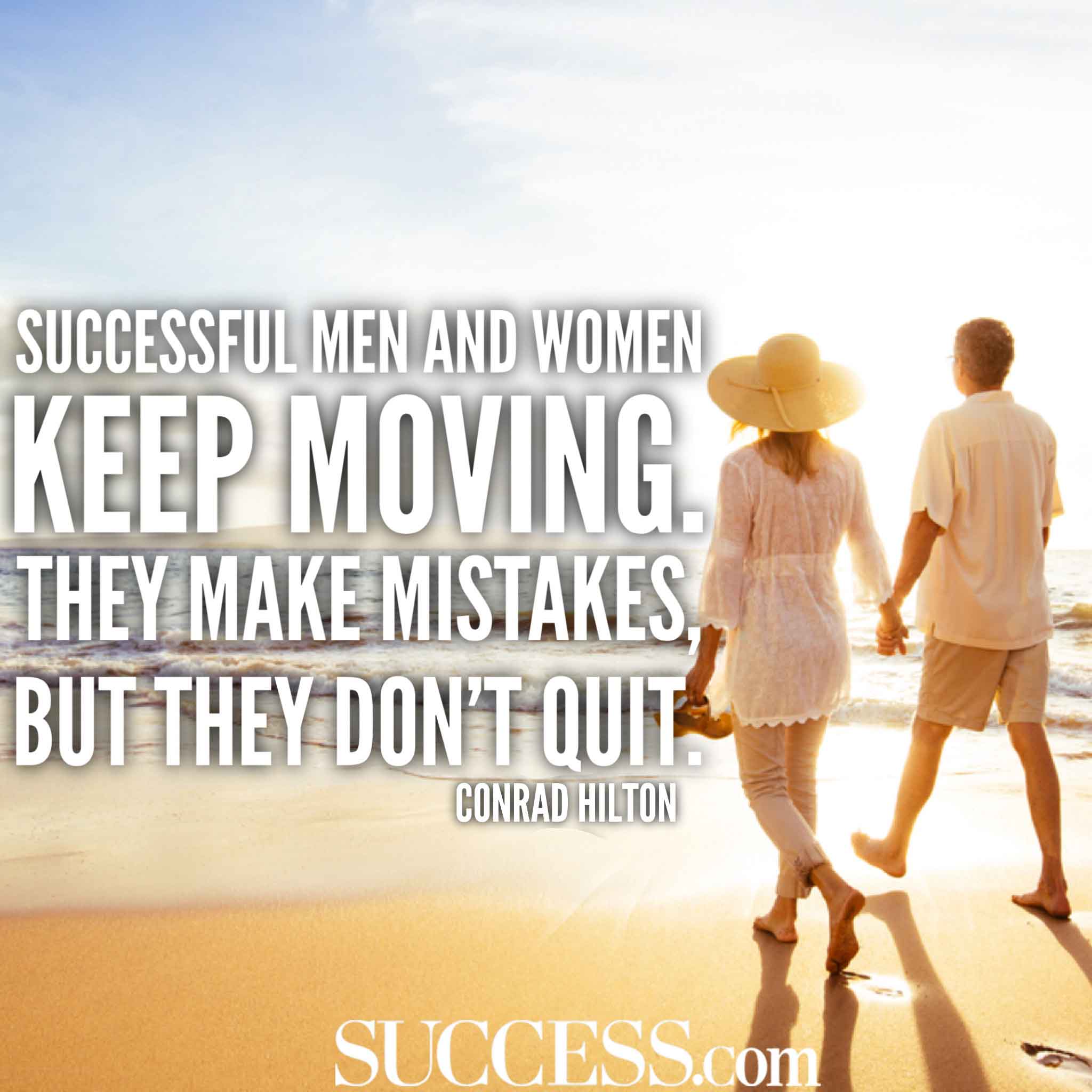 Related: 7 Ways to Persist When Everything in You Wants to Give Up