Entrepreneurs receive tons of advice from mentors, peers, customers and friends. Some of it’s great. Most of it isn’t. These mega-successful entrepreneurs, who are also members of The Oracles, share the worst advice they’ve ever received—and why you should ignore it. 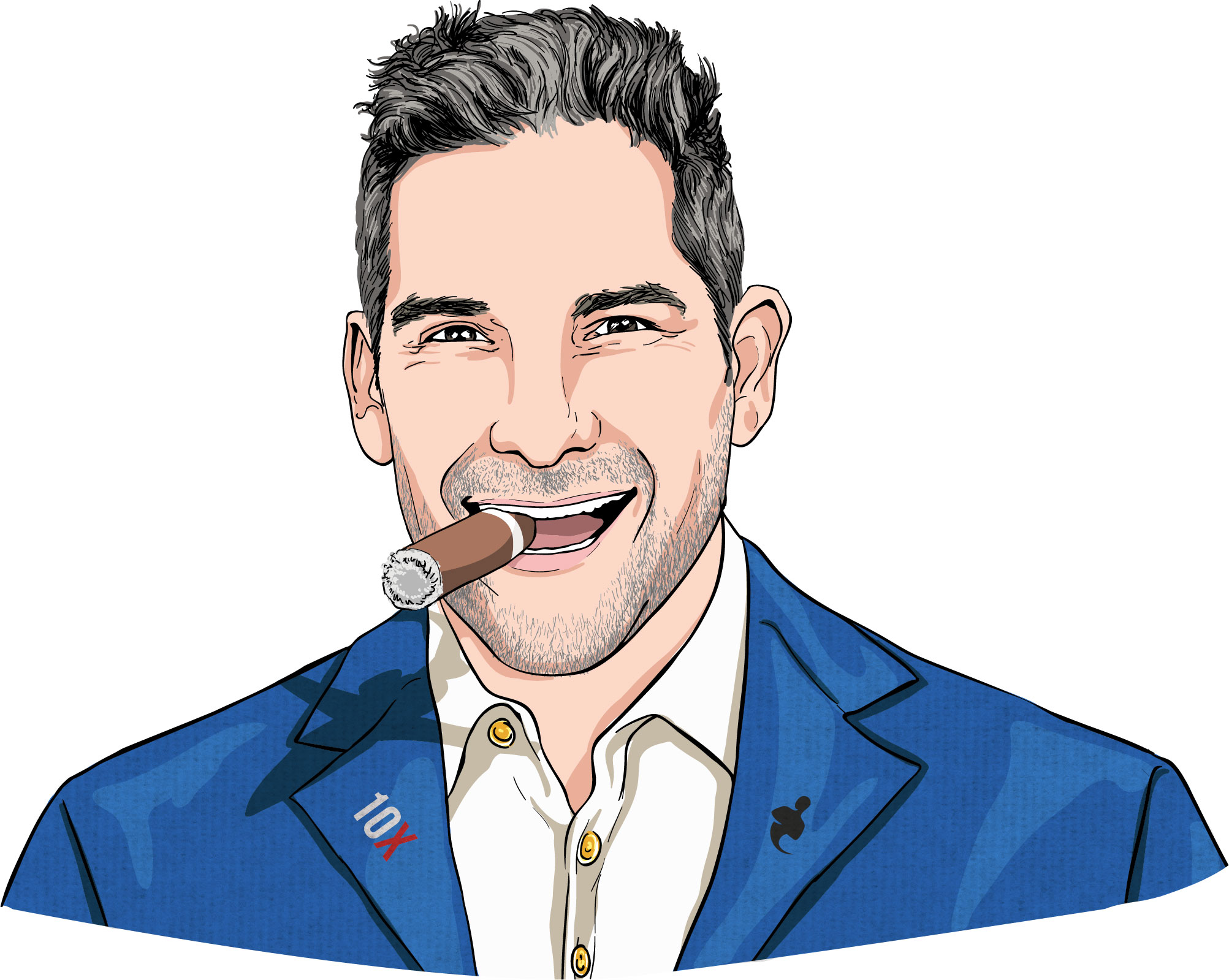 You should be setting unachievable goals and targets. This stretches your creativity to achieve things you hadn’t even considered possible. People say don’t think or dream too big because they just want to hit a target. I don’t care if I hit the target or not. The point is not to hit the target.

—Grant Cardone, top sales expert who has built a $500 million real estate empire, New York Times best-selling author of Be Obsessed or Be Average and founder of 10X Growth Con 2017; follow Grant on Facebook or YouTube

“Work hard and hustle.” This misconception about hard work is wired into our primitive, ancestral DNA. If you wanted more food 10,000 years ago, you worked harder; the tools weren’t there. We instinctively think this still applies to the modern world—“just hustle and work harder.” Your goal should never be, “I’m an entrepreneur, so I work while everyone is sleeping.” That’s a fool’s game. Hard work is often a necessity at the beginning, but should never be the objective to build your life and business. Your objective instead should be, How do I do twice the work in half the time?

3. You need money to start a business. Having started dozens of businesses with tiny amounts of money, I know that you do need money—especially to scale a business—but to start a business you need very little. Little enough that anyone resourceful enough to succeed in business can easily pull together. With hosting, a domain, some content, a WordPress site, a payment processing service and some social media, you’re in business. Scrape together funds for the setup and content, test small, push sales hard and then expand.

—Com Mirza, CEO of Mirza Holdings and “The $500 Million Man”; failed in eight companies back-to-back and today runs a nine-figure empire with over 600 employees

4. Say yes to everything.

There might be a time for this advice in every entrepreneur’s life, though it is short-lived and usually goes on way too long. Instead, we continue saying “yes,” diluting our attention and wearing ourselves out. We become more and more vanilla due to lack of making a clear choice. In essence, taken too far, we become a burnt-out bottleneck and we stand for nothing. The No. 1 “tip” I was told when I was just starting out was: Under-promise, over-deliver and never commit to project deadlines in case you fall short. What I’ve been doing differently (which I learned directly from my mentor, Grant Cardone) is always over-promise and over-deliver. Always set a deadline date to deliver the product with no exceptions. Live and die by the sword. Never make excuses; never say it can’t be done. Nobody cares about your personal saga. Just get the job done on time and on budget—period! We do construction projects in New York City and that’s taught me a lot about no excuses. Don’t tell me you’re late because you’re stuck in New York traffic. Make it happen! Get it done!

—Steve Griggs, founder and CEO of Steve Griggs Design; went from $200 and a lawnmower to seven figures annually You need to know that your product or service is valuable and you have to believe strongly in your vision and be willing to do whatever it takes to make your dream become reality. My best advice: Actually look at what successful people are doing (not what they are saying) and find the successful actions that you can emulate to grow your business. The worst tip I hear is people being told to quit their jobs, throw away consistent income and chase their dreams. I’m all about going 100 percent at something, but it’s much easier on your stress levels if you have a consistent income supporting your dreams. In reality, the majority of business owners under $1 million in revenue have two key problems that stop them from growing.

1) They don’t use leverage in their business, thus it’s difficult for them to grow without spending more applied time on a daily basis, which ruins their life.

2) They are using luck (referrals/networking) to grow their business instead of a lead-generation system, such as online marketing, to fuel their business with new prospects. By hunting instead of harvesting, and without leverage, they play small for a long time.

9. Get ready before you fire. It’s a good idea to prepare before you move forward, right? Not always. It’s a fear-based approach that paralyzes too many people. I prefer “Fire, Ready, Aim.” When I have a hunch, I don’t think twice and dive in. Sometimes I fail, but I learn and grow. While others are sitting back, I’m testing my ideas in the market. Wait too long to launch a business or product, write a book or invest in property, and your competition will overtake you. Then you’re at risk of becoming a copycat. Don’t be the world’s best-kept secret; go forward hard and be totally unstoppable!

—Rhonda R. Swan, founder and CEO of Your Brand Is My Business and The Freedom-Preneur Movement One of the most debilitating pieces of advice folks receive isn’t bad to begin with, but quickly becomes crippling: Create a business plan. Taking massive imperfect action around a simple plan is often the best way to get started. Then refining the process as you go often turns up unsuspected sources of massive profit that any business plan, regardless of how well-researched, would have never predicted.