You may not be average, but according to Jim Rohn, you are an average: “You are the average of the five people you spend the most time with.”

Through his studies, Jim Rohn came to understand the power of peer influence. Peer pressure, he realized, isn’t always a bad thing—it may be a primary reason teens pick up smoking, but it can also promote stronger performance in school.

Peer pressure doesn’t simply go away after adolescence, either. Whether we realize it or not, each of us faces implicit pressure to think and act like those around us. If our friends like to drink, then we’re more likely to indulge as well. If they prefer to hit the gym on a Friday night, then we might also start our weekend with a workout.

Health and fitness habits aren’t the only ones affected by peer pressure. When my son was born in 2017, I made a conscious effort to spend more time around friends with young kids. I’ve picked up countless parenting hacks (and lots of reassurances that yes, that’s normal toddler behavior!) from my parenting “tribe.”

When I began taking on more speaking gigs, I made a conscious effort to research the best in the business and follow them on social media. A year later, many of them have become friends and colleagues in real life, which has helped propel my career.

To better yourself physically, mentally, professionally, socially and spiritually, surround yourself with people who challenge you. Here’s how:

1. Get in on group exercise.

Whatever your exercise of choice, you’ll get more out of it if you join a group. Research published in The Journal of the American Osteopathic Association found that, unlike individual exercise, working out with others decreases stress by 26 percent while significantly elevating quality of life. Group classes also create an external source of accountability while teaching their members new exercise moves.

Those who live in a fitness desert  can try group fitness apps like Gixo, which also can attract more diverse participants to support each other. You can also just simply invite people to the Apple Activity app and make a game out of your health goals. What’s most important is to find a way to create a supportive group that will help challenge and push you to achieve something greater.

No matter how tough your job seems, you’re not challenging yourself if you’re spending all your professional time around the same people. Attending conferences can be a short-term solution, as can after-work meetups. Rarely, though, does either setting provide deep enough interactions to facilitate meaningful growth.

Instead, look for a mastermind group. Although many mastermind groups cater to corporate CEOs, not all of them do. In fact, Napoleon Hill, the mastermind who came up with the concept in his 1937 book Think and Grow Rich, grew up in a one-room schoolhouse. No matter your background or role, you need exposure to those outside of your organization in order to advance.

Contrary to the myth of the “creative genius,” creativity can be trained like any other skill. In his latest book on creativity, big data entrepreneur Allen Gannett argues that anyone trying to challenge themselves creatively needs a like-minded community. Not only do such communities serve as support networks, but they tend to be the best sources of peer feedback.

Although you might find the creative network you need at a nearby meetup, don’t prioritize proximity over specificity to your craft. For obscure interests, you’re likely to find the most vibrant creative community online. Gannett’s book notes that Ben & Jerry’s has even built one through its email list. After brainstorming new flavors, the ice cream brand asks their 700,000 ChunkMail subscribers to weigh in on which they’d want to try.

4. Put the ‘social’ back in social networking.

If you’re like many busy professionals, social hour has become social media hour. Although the occasional Facebook session isn’t likely to hurt you (and can actually help if you’re following the kind of people you aspire to be the average of), studies have linked social media overuse to depression, anxiety, self-esteem issues, hyperactivity and sleep disturbances. In contrast, frequent socializers enjoy lower risk of stroke, a stronger immune system and improved memory.

No matter the direction in which you want to grow, you need the right network to do it. That’s not a slight; it’s a simple truth about how humans work. Neither you nor anyone else is free from peer influence. You might as well put it to good use.

Related: 7 Reasons You Should Join a Community of Professionals 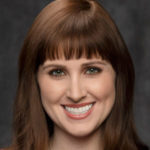