Tumblr—it’s a website, it’s a blog, it’s a creative platform—it’s a media network of bloggers! And that emerging stage for expression has grown, from when David Karp, creator and CEO of the site, developed the template when he was 20 years old, to now, when Yahoo! claimed it for $1.1 billion cash.

It might come as a shock (gasp!) because Karp was once against selling, saying he and Tumblr were not motivated by those dollar signs, as SUCCESS wrote in a June 2013 feature, “21 SUCCESS Mavericks.”  “We’re not motivated by money,” he told Mediabistro. “We are into this thing we’re building.”

Tumblr was already booming before Yahoo! stepped in—with up to 170 million visitors on a really awesome day (with 300 million unique visitors each month) and a value of $800 million. But it wasn’t profitable yet, Karp mentioned at PaidContent Live in New York in April. At the event, Karp revealed how the team wanted to figure out how to monetize the content that was receiving the most amount of time viewed—without scaring people away.

Yahoo! might have ownership, but Karp’s still “into this thing [he’s] building.” He’s not totally giving up his baby—and Yahoo! promises not to “screw it up.” Karp will remain CEO, and Tumblr will be an independent business, separate from Yahoo!. Still, the press release states that “the combination of Tumblr+Yahoo! is expected to grow Yahoo!’s audience by 50 percent to more than a billion monthly visitors.”

Yahoo! CEO Marissa Mayer describes Tumblr as a site that redefines creative expression online. She says that both Tumblr and Yahoo! are focused on their users, design and inspiration—assurance that neither community will suffer from the purchase. Karp comforted his Tumblr audience, too: “Our team isn’t changing. Our roadmap isn’t changing. And our mission—to empower creators to make their best work and get it in front of the audience they deserve—certainly isn’t changing.” 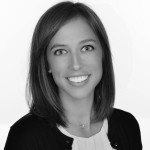