Leadership is a big subject. Amazon lists more than 75,000 books on the topic.

It has been my experience from advising some of the world’s top leaders over the past 20-plus years that leaders’ ability to communicate the purpose and value of their vision directly affects their ability to persuade others to voluntarily and wholeheartedly assist them in achieving their goals. Being real matters. This, coupled with a leader’s accountability, yields exceptional results.

Herb has experienced firsthand how to build and strengthen great companies, as the cover of his book says, through “straight talk, openness and accountability,” and he has agreed to share some of his most valuable lessons on how to be an exceptional leader.

Tony Jeary: Herb, tell me: What exactly is a transparent leader?

Herb Baum: It is someone who does the right thing regardless of the consequences. From my standpoint, it’s about being honest and open in everything you do in your leadership style. The only word I would change if we were writing the book today is in the subtitle, from accountability to responsibility. It hits a little harder and puts more ownership on the leader.

TJ: Can you give us an example of a transparent leader?

HB: Oh, yes. Reuben Mark, CEO of Colgate. I was with Dial at the time, but was on vacation with my wife, Karen, in London. I got a call from my assistant, who said that Reuben was trying to reach me, and the first thing that came to mind was that he wanted to acquire us. It was a bit unsettling. She said that he would try to reach me at the hotel later on.

When Reuben called, I was on the edge of my chair, and he said, “Herb, you know, I’ve been trying to reach you. I’m sitting here and I have a disk of Dial’s marketing plan for the full year.”

So when Reuben called me, he said, “I have this marketing plan of yours. I haven’t looked at it. It’s part of our code of ethics that we would never do anything like that, and I just want you to know that I am just going to put it in an envelope and mail it back.”

At the time this happened, Dial was the market leader in soap, and Colgate was No. 2. He had our plan, and he took the time not only to call me but to track me down in Europe to tell me he had it. I never would have known.

It shows that while we read stories every day about ugly things happening in the corporate world, here’s a very nice story, and Reuben was a very nice guy. That’s doing the right thing and is the epitome of a transparent leader.

TJ: Is there such a thing as being too transparent or over-communicating?

HB: It can be different, depending on your circumstances. There are certain times you can communicate everything to the people in your company. There are other times when you can’t communicate as much because of legal regulations. But you must strive to be as completely open and honest as you can if you are to gain the trust and cooperation of those with whom you work.

TJ: How do you encourage leadership qualities at all levels of your organization?

HB: We always look for leaders within our company by department, whether finance or marketing or sales or whatever. Leaders seem to emerge. I have a philosophy of naming those of high potential within the organization and letting them know that they are on a fast track. It doesn’t mean that others were not, but certain people just emerged as leaders almost from the start.

TJ: Lastly, what can you tell readers to help them become better leaders?

HB: There are a few things that I did that were helpful to me, but not everybody’s the same. I think that, obviously, I’m going to repeat what I originally said about being honest and straightforward in all the things you do. Sometimes it may not work to your advantage right away, but in the end it will pay big dividends.

Another thing is that knowledge is power. The more you know about your company and your function, the easier it will be for you to succeed. I looked to people in the industry who were respected for their roles in leadership, and I read about them and their leadership styles. These were the “greats” in any business. When I was growing up, I read a whole lot of Peter Drucker and Tom Peters, and right now I’d be looking at guys like Steve Jobs.

I think that one of the things you can say today that has not always been true is that age doesn’t make a difference in business. You can be a leader in almost any company in your 20s and people don’t think it unusual. We’ve seen a lot of leaders emerge who were very young, especially in the technology areas. I look at where I was at their age. I don’t think anybody would have thought a few decades ago we would see executives in their 20s. When I was at Campbell’s Soup, I think I was the youngest VP they’d ever had, and I must’ve been 46 or 47. Times have changed.

A final thing I’d like to say is that you’ve got to be nice to people—beneath you, at the same level and above you—if you want to be successful. For me that has been a universal principle. When I look at the boards I’ve been on and the boards I remain on, I always try to get down into the companies and ask about the environments. (The CEOs always hate it.) More often than not, at the companies where I am a director, the people say they are very happy in what they do. And it’s something I feel an obligation to ensure. I can’t say enough about being nice and being happy in what you do. People will see it, appreciate it and want to work even harder for you.

• A transparent leader is someone who does the right thing regardless of the consequences.

• Knowledge is power, so continue learning about your industry and empowering your employees to do the same.

• Read about the great leaders of today.

• Be nice to people at all levels. 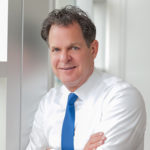 Tony Jeary is an author, executive coach and presentation strategist. Jeary has published more than three dozen books about making presentations and strategic effectiveness. He coaches the world's top executives from companies such as Wal-Mart, Ford, New York Life and Texaco.

Posted in Business
← Dr. Daniel Amen: This Is Your Brain on Lack of SleepLeading the World’s Largest Democracy →