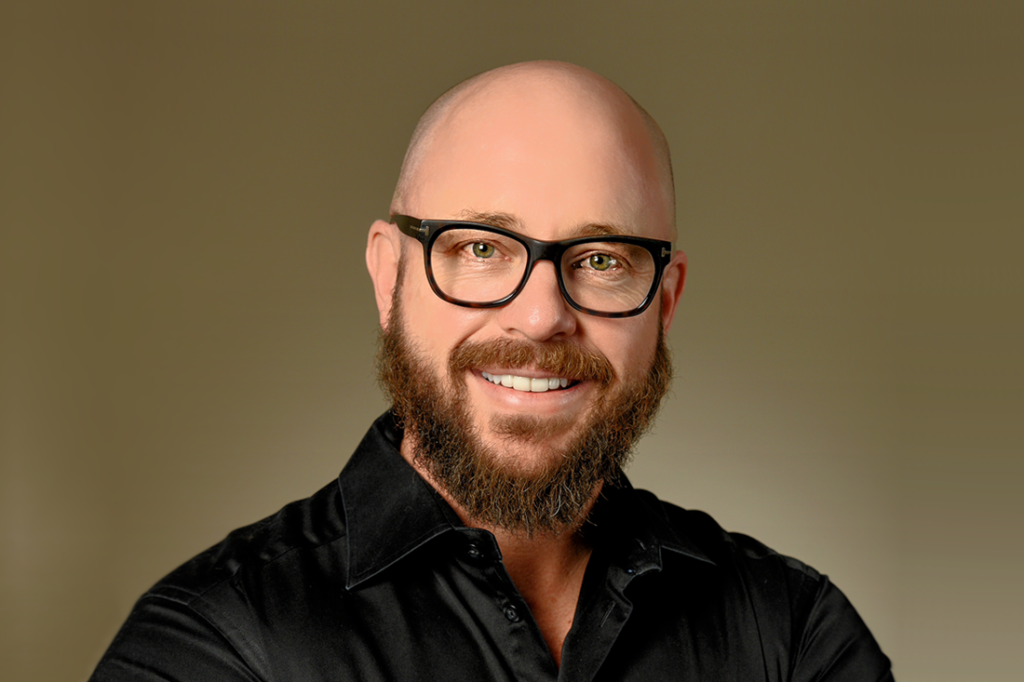 Rex Kurzius is used to overcoming adversity, going back to a time that his greatest stress should’ve been losing a video game.

When the now highly successful serial entrepreneur was 10 years old in 1984, his father unexpectedly passed away, leaving him, his mother and older brother without any income. They were nearly homeless when his grandparents moved from New Mexico so the family could all live together.

Although there was a happy ending, the emotions he dealt with during that stretch have shaped his life ever since.

“That first Christmas after he passed away, I felt so hopeless,” says Kurzius, now 46. “We had nothing, no presents; I just sat around sulking. At some point, I just started thinking, I never want to feel like this again.

“I watched my dad and grandfather work hard and that instilled this concept of working for myself. My dream became to help my family, and I figured my two strengths were work ethic and creativity, so entrepreneurship made the most sense.”

Always hustling, selling cinnamon toothpicks and encyclopedias in high school while also finding the time to become an Eagle Scout, Kurzius was also a good student and earned a scholarship to SMU, where he earned his business degree and almost immediately put it to use, starting his first company, a staffing firm called Resulte, at 23 years old. There, he learned his most valuable lesson about managing employees and working with others.

“I wanted to empower them, use their collective wisdom to improve both myself and the company,” Kurzius says. “One of the most important lessons I have learned as a CEO is to surround yourself with a team that is better than you in every way. The key to success is having an empowered team that understands the vision and can execute it.”

Kurzius went on to sell Resulte and later Timberhorn, an IT consulting firm. He is now on his sixth start-up company, Asset Panda, a never-before-seen technology that automates the job of tracking and managing fixed assets for companies.

The Frisco, Texas-based company has grown steadily since opening in 2012 and now employs more than 40 people around the world, but the first four years were tough on Kurzius—not so much because the business wasn’t growing (after three years it was named the fourth-fastest growing company in Texas by Inc.), but because Asset Panda just wasn’t growing fast enough.

At a certain point, the risk became too great compared to the capital, perhaps the golden rule of business, and Kurzius prepared a speech to give his wife on his drive home. When he walked in the kitchen his young daughter asked, “Daddy, how is Asset Panda doing?”

Kurzius had thought it would be a neat idea to let his three children name the company and even design its panda bear logo.

“I took about one second, smiled and said, ‘It’s going good honey, couldn’t be better,’ and just kept going,” he says. “I guess looking back, you have the ability to persevere, to hold on for a long time when most wouldn’t. We had to wait for the technology to mature. It wasn’t until the iPhone 4 that we could scan barcodes.

“Along the way, we kind of reinvented the business model, too. That’s another important lesson. Nothing wrong with failure or changing course. You succeed, you fail—that same sun comes up the next morning.”

Patience proved a virtue. Asset Panda’s goal these days is to cement itself as the dominant global platform to manage assets. The company tracks and manages millions of assets across the globe. Kurzius wants his company to rival what Facebook and LinkedIn have achieved in their respective fields. He also says there are no plans to sell the company for at least the next few years and believes its net value will one day top a billion dollars.

“The vast majority think an idea either works or it doesn’t, and that’s simply not the case,” Kurzius says. “You have to have a listen hard, change fast approach and continue the process non-stop.”

That’s one of the lessons Kurzius passes on to the young entrepreneurs he mentors. As for his core advice to any CEO, it’s the three C’s: The first is clarity, making sure everyone at the company knows what the mission is and what their role is in reaching it. The second is communication—sharing your vision and tracking the performance of employees; he also likes quarterly State of the Company addresses to keep everyone on the same page. Third is an empowering culture that values employees and stresses that failure is part of the journey to success.

“You have to take risks to succeed and you have to be optimistic to succeed,” Kurzius says. “I had a few events early in life that really had a profound effect on my outlook. There’s no magical secret to success. It’s grit, it’s hard work, it’s mental fortitude, it’s wanting to be better every day, for yourself, your family, your employees and your clients. That’s it.”

This article originally appeared in the July/August 2020 issue of SUCCESS magazine.
Photo courtesy of Asset Panda