People often talk about creativity as if it were
some mysterious, spiritual commodity, the result
of being touched by the hand of God (or at
least blessed by genetics). Creative geniuses
tend to be portrayed as if they had sprung into
existence fully formed, doing advanced physics
or penning operas before they could walk.

But when you ask a profoundly creative person
how the creative process actually works, divine
inspiration rarely comes up. Choreographer
Twyla Tharp rises at 5:30 each morning and
takes a taxi to her New York City gym for a
two-hour workout, and says this simple ritual—
waking, taxi, gym—is the foundation on which
her prolific talent rests. Beethoven went for a
walk every day with notepad in hand to jot
down the music that streamed through his mind.

Physical rituals like these can cue creativity,
clearing the mind and activating subconscious
wells of thought. But if there is one habit of
mind that creative souls share, it’s probably the
rigorous (and sometimes unrelenting) practice
of their chosen vocation. Frank Gehry says the
daily grind of designing shopping malls laid
a foundation of technical skill that served as
scaffolding for loftier flights of inspiration. “You
learn from everything,” he says. Tharp, in her
book The Creative Habit, notes that even the
consummate prodigy Mozart didn’t stint on his
scales. “By the time he was 28 years old,” she
writes, “his hands were deformed because of
all the hours he had spent practicing.”

“One thing most creative geniuses have in
common is quantity,” says Michael Michalko,
author of Thinker Toys: A Handbook of Creative
Thinking Techniques and other best-selling books
on creativity. “They create great quantities of
ideas, and most of these are bad.” Michalko
suggests that anyone waiting for a lightning bolt
of inspiration should instead give himself an
“idea quota” of, say, 140 ideas, writing down
even the dumb ones. “You’ll find that the last
third are the most complex,” he says.

Another quality of the creative mind, Michalko
says, is the embrace of crazy notions and the
ability to learn even from abject failure. “When
Thomas Edison failed 5,000 times to come up
with a fi lament for his light bulb, an assistant
asked, ‘When are you going to quit?’ ” he
says. “Edison said, ‘I don’t know what you’re
talking about—I’ve discovered 5,000 things
that don’t work.’ ” To cultivate an Edisonian
outlook, Michalko recommends the exercise of
generating the most absurd ideas possible to
solve a problem, making each one crazier than
the last.

All of this is to say that cultivating creativity is
largely about recapturing a childlike openness,
fearlessness and ability to see ordinary things
from novel angles—qualities that original
thinkers like Einstein, who approached his work
as a form of joyous play, relied on.

Jeannine McGlade and Andrew Pek, the authors of
Stimulated! Habits to Spark Your Creative Genius at
Work, offer the following tips for opening up and getting
out of the grown-up mental ruts that kill creativity:

Shake things up. Pick up a magazine that you
would never read normally or drive to work a new
way. Your brain needs to see and experience new
things to stimulate fresh perspectives.

Visit different spaces and places to find
inspiration—a park, a cafe, a library, a theater, a
museum. Different environments help you to attract
different “spark moments.”

Take a nap or meditate every day. Thomas Edison
was famous for tackling his biggest challenges after
a power snooze.

Keep your “eyes wide open.” The real voyage of
creativity consists of not seeing new things but of
gaining fresh perspectives. 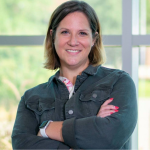