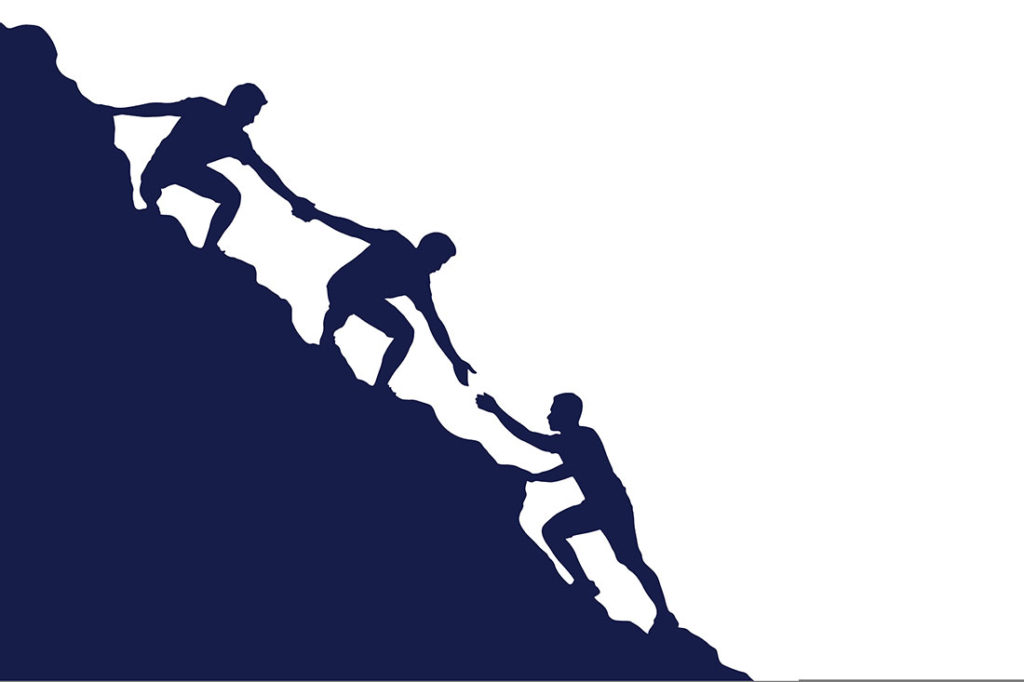 Combat leadership on the battlefield and team leadership in the boardroom are more alike than different. In both situations, the high stakes require leaders to exhibit poise, precision and intelligence in order to achieve the prescribed objectives.

No matter the landscape, leaders must remain optimistic in the face of adversity. When I was a special operations strike force commander, my teams in Afghanistan leaned on me just as much as I leaned on them. Loyalty to the team and the mission kept everyone moving in the same direction. Though some days were harder than others, it was always our common commitment to a higher purpose that kept divisiveness at bay.

Like most leaders, I learned from many great role models and decision-makers who came before me. The pivotal World War II U.S. Gen. George Marshall is a tremendous inspiration to many of history’s greatest U.S. military leaders, and a number of his lessons have proven timeless. His insistence on displaying versatility, tenacity, resilience and foresight made him one of the most effective leaders the world has ever seen.

Below are four of the most famous lessons from Gen. Marshall that have shaped many of us, inside and outside the military:

Optimism does not arise from circumstance; the people within the given circumstance must choose it. Gen. Marshall once said, “When conditions are difficult, the command is depressed, and everyone seems critical and pessimistic, you must be especially cheerful and optimistic.”

Next time your team is in dire straits, demonstrate fierce optimism in the face of overwhelming odds and gauge its effect. I bet that you will be surprised by how contagious optimistic leadership can be and by the incredible influence it can have on a team.

When times are tough, I often like to remind myself that optimism—like hope—is 99% choice. Co-founding LDR back in 2011 was, in itself, a massive risk wrought with challenges and countless opportunities for us to turn negative. We entered a sophisticated market with a lot of saturation and took some high-risk bets to distinguish ourselves from well-established competitors. There is no question we had days and even weeks when we wondered whether the company would make it off the ground, much less take off. But we remained positive and united, and we attacked the opportunity.

Even when positive energy does not come naturally, pretend that it does. Acknowledge your emotions, fight personal fatigue or stress, and be deliberately energetic and enthusiastic. It might feel artificial, but it can do wonders for both team and personal morale.

Great leaders display an unwavering commitment to humility, responsibility and loyalty. But they must also continuously challenge the status quo and privately provide honest and critical feedback to their subordinates and superiors alike.

My company now has five equal partners who comprise our firm’s leadership team. Having even two equal leaders at the top of an organization often presents a challenging dynamic, but with five equal principals, we differ on a host of strategic issues, including hiring, investments, operations and others.

We have acknowledged that we are far more powerful together, but only if we can maintain trust, accountability, and—most importantly—candor. We often debate our differing opinions behind closed doors and then rejoin the team with “one voice.”

Good leaders don’t shy from difficult conversations when the occasions arise, but they also don’t use their power or influence to embarrass or publicly humiliate others. People want and need to know when they are underperforming. They value positive reinforcement and encouragement, and it’s up to their leaders to provide it.

All successful businesspeople have experienced failure and often can recount a number of instances of failure that led to a breakthrough. Warren Buffett, Bill Gates and Steve Jobs are names synonymous with entrepreneurial success who stumbled at one time or another. If these leaders had given in to each setback, they wouldn’t have achieved their incredible success.

While our company’s core advisory business has remained fairly consistent, our industry focus and service offerings have pivoted significantly over time because of our ability to explore, execute, fail, pivot and then re-attack in a new direction. Early on, we successfully invested in a transportation company after identifying a high-margin business segment during a unique consulting engagement.

Like any new venture, there was a lot of trial and error, especially when it came to balancing the goals of an advisory business and an equity investing arm. Through that, we learned both what we wanted to be and what we didn’t want to be. That project gave us an identity, one we wouldn’t have found by packing it in at the first sign of stress.

Gen. Marshall’s life shows us that if we surrender to perceived failure or give up during trying times, we will never enjoy the rewards of high achievement. Only tenacity through trials creates the successful businesses and breakthroughs that we all admire.

4. ‘Lead with why’ to empower others.

The best leaders know they are only as good as the attitude they exhibit toward the teams they lead. Rather than attempting to do everything ourselves or perhaps worse, micromanaging everything, we should all take a page out of Gen. Marshall’s book and lean on our teams to win. Empowerment might be the buzzword of the decade, but it earned that award through failed implementations and hard-fought results.

“Lead with why” by providing the reason it is important that something is done. In the military, this kind of communication is often referred to as “leader’s intent” or “commander’s intent.” It helps articulate the desired goal without providing specific directions for how to get there. If you lead by explaining the “why” instead of the “what” and almost never the “how,” your team will take ownership of the challenge and remain committed to finding a creative outcome.

Most leaders will never have the opportunity to lead units in battle or countries in war, but that does not mean we cannot learn the timeless lessons from those who did. By following the example of Gen. Marshall, the leader of leaders, we can all improve for ourselves and, more important, for our teams.

Related: A Letter to the Best Mentor: Thank You for These 5 Essential Career Lessons

JD Dolan is a principal and co-founder of LDR, a growth and innovation advisory firm. Dolan focuses on helping leadership teams and organizations navigate disruptive change and develop future strategies for transformational growth. As a former U.S. Special Operations Strike Force commander, JD has led initiatives to introduce U.S. Special Operations methodologies in innovation, problem-solving, and leadership to startups and multibillion-dollar enterprises. JD earned a Bachelor of Arts from Dickinson College and a Master of Business Administration from Columbia University Business School.

Posted in Business
← 13 Memorial Day Quotes to Honor America’s Fallen SoldiersGo for Big Wins: How to Optimize Your Spending →