Until the 1990s, a person had a certain career trajectory to follow. She would earn a degree, pick from a handful of companies that needed an employee with her degree, and then would start somewhere above the mail room and work up to middle management. If she kept her nose clean long enough and made no high-profile mistakes, she might become a member of the senior team in less than 20 years.

This path was pretty straightforward unless something unusual happened—perhaps the employee was poached or had an epiphany and quit to live in a commune.

But that’s no longer true.

The corporate ladder is gone. Meet the capability portfolio.

Since 2008, corporations have laid off thousands of people to cut costs. In his book How to Get Rich

, Felix Dennis pointed out that “overhead walks on two feet,” and many corporations apparently decided that the recent economic downturn was a great chance to trim overhead. Along the way, many employees’ career plans—coasting along, avoiding big screw-ups and earning pay raises—evaporated.

Instead, people found that the formerly surefire climb up the corporate ladder is far less useful than “learn by doing (and making mistakes)” activities. That second option leads a person to create a rich portfolio of capabilities that make him or her more valuable and capable.

Ralph Waldo Emerson: Think of him as a business guru.

“Do not go where the path may lead, go instead where there is no path and leave a trail.” That’s what Emerson said quite a while back, but not all of us were listening.

AJ Leon, who calls himself the “Chief Maker of Trouble” at Misfit Inc., went from a cushy Wall Street job to leading what might well be the first “nomadic creative shop.” Misfit Inc., which includes AJ’s wife, Melissa, and another half-dozen or so people around the world, solves all kinds of problems, most often in developing countries.

When I reached out to AJ for an interview, he apologized because he was in Sydney, Australia, to give a lecture, so our time zones didn’t match up neatly. He and Melissa had just left Gambella, Kenya, where they had helped fund and install a windmill to improve irrigation and overall sustainability for the village. The week before, they were in Stratford-upon-Avon, U.K., to nurture the growth of a Shakespeare film festival. Somewhere in between, they launched a clothing line emblazoned with the company’s Misfit character logo; it gives a flag to their movement.

These diverse activities seem unrelated, but they fall within Misfit Inc.’s very loose collection of goals, which include traveling the world to solve problems, empowering people in developing world communities, and spreading the doctrine of intentional living.

There’s no “career path” for what the Leons and others in Misfit Inc. do. And they’re not alone. Many other people—other freaks—hold similar mindsets and shall inherit the earth, meaning they’ll have fulfilling, successful careers that break the mold.

The Leons are freaks in a smaller way, too. They’re rarely home, so they rent their place in New York through Airbnb.com, which has rattled the cages of traditional hotels and bed-and-breakfast owners while creating opportunities for hundreds of small businesses.

Alexandra Franzen, a writer and teacher and general freak-maker at large, told the story of Dino Cloward, who had always wanted to run a hotel. He didn’t know where to begin, so his wife recommended that he “start with one room.” And voilà! Through thoughtful design and consideration, Cloward put one room in the couple’s Portland, Ore., house on the market via Airbnb and tested the hospitality business. He later created a second room for paying guests. The Clowards have converted that entire house to a hotel, moved to another home in a school district their daughter likes, and are building a second hotel.

My friend and sometime co-author Julien Smith took a break from writing books to launch Breather, a company that aims to compete with Starbucks for providing a quiet place to conduct business—especially when the need crops up sporadically and unexpectedly. Someone with a little extra office space could do the same thing, launching a side business he or she hadn’t considered before.

The low-cost Square, founded by Jack Dorsey (he also was co-creator of Twitter) enables anyone with a smartphone or a tablet computer to be a merchant and accept credit cards. First seen in trendy coffee shops and all around San Francisco, Square now turns up at flea markets and craft fairs across America these days.

These tools, these services, these tweaked mindsets, allow people to bypass previous business bottlenecks and strongholds. You can’t get your book published by the mainstream? Do it yourself. You want to start a hotel? Do it yourself. There are plenty of opportunities out there for creative souls to find their own paths.

The personal business revolution is upon us.

Companies large and small are paying lots of attention to the new, spreading concept of the “market of one,” which is a major departure from the idea of building something and trying to sell it to as many people as possible.

Yes, you might take the plunge into the market of one with a small startup business such as Cloward’s one-room hotel. But you also might have an opportunity to launch your personally fulfilling idea as an employee within a big company… because large companies are starting to value the employee who sees himself as an “employee-preneur,” the term James Altucher coins in his book, Choose Yourself

. The market of one means many things: It can refer to companies such as Mini and Motorola, which let customers tailor cars and smartphones with thousands of combinations. It’s also represented by the bring-your-own-device culture at work as well as the flexible work hours and flexible spending health accounts that companies are trying  out.

The choices are yours to consider. But don’t try so hard to fit in anymore. The freaks really will inherit the earth. 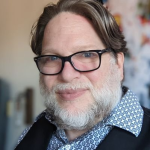 Posted in Business
← Infographic: Habits of the Wealthiest PeopleFor Your Reference… →