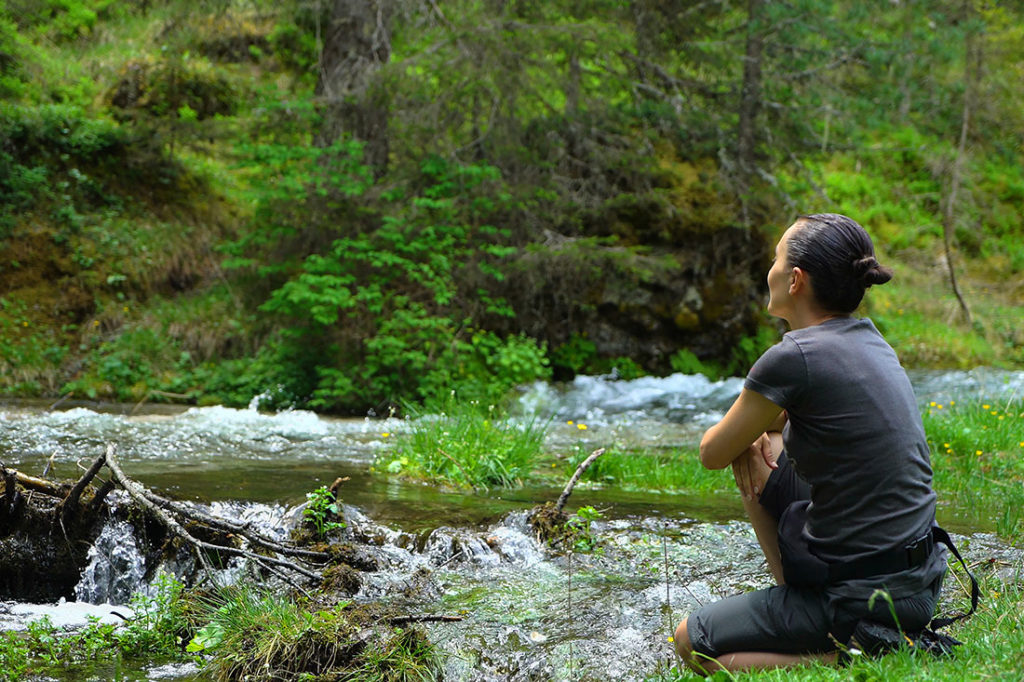 For as long as I can remember, I have been a fairly ambitious person. As a young child, I kept journals filled with ideas about what my future should look like. From dream jobs to where I would live, I’ve always had a good idea about what I wanted to accomplish in the years that followed. As I’ve grown older and started both a family and a career, I’ve experienced something I didn’t expect—I’m tired of chasing success.

Here’s the problem: For a couple years now, it has felt like I am always falling short. I’ve been frustrated that I’m always a couple steps behind where I expected I would be at any given moment. More maddening, perhaps, is that it’s been a while since I felt I was truly giving my all to accomplishing what I set out to do. There’s this version of myself, characterized by avoidance and self-sabotage, that has been winning out more often than I care to admit.

It wasn’t until recently that I realized what was motivating my resistance to moving forward. Was it that I suddenly got lazy? I don’t think so. Instead, I believe the underlying issue is that I’ve adopted a version of success that’s a poor fit.

Finding our own definition of success is important to living a fulfilled life. I think for a lot of millennials, it has been more difficult to connect with what success means because of the amount of outside opinions we’re exposed to at any given moment. In an age of business coaches, gurus and social media influencers, it feels harder than ever to decide for yourself what a life well-lived looks like.

For me, this realization meant coming to terms with the fact that I was no longer emotionally connected with the success I was working so hard to achieve. It was a lightbulb moment for me to step back and see that I had adopted another person’s definition of success, down to an income goal and work lifestyle they had shared online, and it fit like a shoe three sizes too big. Correcting this mistake by redefining my version of success hasn’t been an overnight change, but there are a few things I’ve learned that have helped me break free of the pressure to model my success after that of others.

1. I’m taking a break from the noise.

I think that career coaching has a time and place for professionals, but it isn’t for me at this specific point in my life. Involving myself in courses and mastermind groups has taught me a lot, but it has also created a lot of pressure to set goals for success that match up with the status quo.

So, at least for now, I’m taking a break from all the noise. I unenrolled from one course, left a few networking groups and simply stopped logging into another course I plan to finish once my mind is in a better place. I even went as far as unfollowing some influencers on social media, because I found I was really sensitive to talk of income goals, lifestyle achievements and the pressure to keep up.

Gladys Rodriguez, Psy.D., a clinical psychologist, advises that self-awareness plays an important role in creating an individualized definition of success.

“Start connecting with your feelings,” she says. “Practice breathing deeply and in silence to connect with that inner voice that will tell you what you need and what you want.”

For me, this has looked like spending a lot of the time I was investing in coaching and mastermind groups on reflection. I’ve done a lot of journaling, exploring my desires for the future. This intense time of self-awareness has allowed me to connect with a more holistic view of success. While I was once fairly committed to a singular goal of achievement as a writer, I’ve become more aware of how important it is to define success for all areas of my life—including my family life, my health and having fun.

Lastly, and most importantly, it became clear that the habit I had developed of constantly sizing myself up against the success of others had to stop.

“Stop looking at social media to determine what you are supposed to do, when, or what success means,” advises Rodriguez, pointing out that there is plenty of research that has found detrimental effects of using social media to make social comparisons.

Instead, I’m trying to replace these thoughts of comparison with small celebrations of how far I’ve come. In the past, I haven’t done a great job at making a big deal about my achievements simply because they felt like nothing more than small steps in the grand scheme of things. Now? I’m sharing with friends, writing it down in my journal, or treating myself to a glass of wine when I’ve reached a new milestone in my personal and professional life.

“Instead of looking for what you don’t have or what you are missing, begin noticing the steps you have taken to achieve what you have, the talents you have cultivated, the milestones you have achieved,” says Rodriguez. “Nothing is too small.”

Ultimately, this time of redefining success has been an exercise in being more present in my life, instead of spending too much time worrying about the future of my career or wondering what I could have done differently in the past. It’s been a refreshing chance to slow down and acknowledge that, at this moment, I’m experiencing success that isn’t a milestone in the distant future.

This article was published in April 2019 and has been updated. Photo by Sylwia Bogdanska Justyna/Shutterstock

Mary is a freelance writer living in the Midwest. She writes primarily about family life, food and mental health. Mary’s work has been featured by Vice Munchies, SheKnows, Babble and DailyWorth.

Posted in Lifestyle
← John Wooden: Be True to Your Life-Guiding PrinciplesThe Shocking Cost of Funerals: How to Honor Your Loved One Without Breaking the Bank →