Dad. When you say his name aloud, you realize how much he means to you.

In a beautiful way, his love comes in many shades. This is the man who teaches you how to lead, respect others and always stand up for yourself. In the same day or even the same hour, he morphs into your action-packed friend who is always down to play, on the court or at a father-daughter dance-a-thon.

Dad. His title may be short, but his influence is long and powerful. Celebrate his loving presence in your life with these 13 loving and honest quotes about what it means to be a father.

Related: 10 Lessons We Learned From Our Dads 1. “You don’t raise heroes, you raise sons. And if you treat them like sons, they’ll turn out to be heroes, even if it’s just in your own eyes.” ―Walter M. Schirra, Sr. 2. “To her, the name of father was another name for love.” —Fanny Fern 4. “A father is always making his baby into a little woman. And when she is a woman he turns her back again.” ―Enid Bagnold 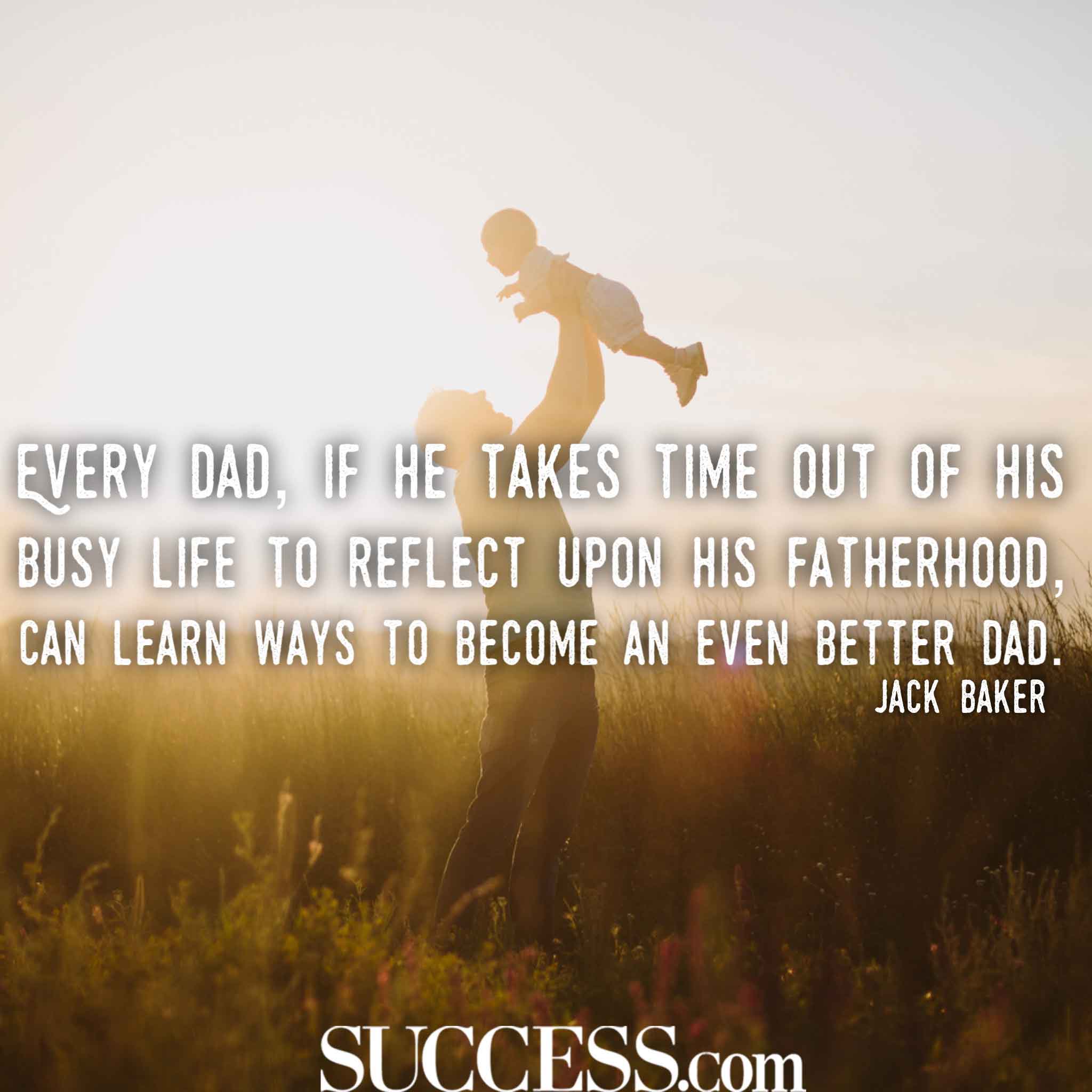 5. “Every dad, if he takes time out of his busy life to reflect upon his fatherhood, can learn ways to become an even better dad.” —Jack Baker 6. “Of all the titles I’ve been privileged to have, ‘Dad’ has always been the best.” ―Ken Norton 7. “Every father should remember one day his son will follow his example, not his advice.” ―Charles Kettering 8. “My father gave me the greatest gift anyone could give another person, he believed in me.” ―Jim Valvano 9. “My father didn’t tell me how to live. He lived and let me watch him do it.” ―Clarence Budington Kelland 10. “It’s only when you grow up and step back from him—or leave him for your own home—it’s only then that you can measure his greatness and fully appreciate it.” ―Margaret Truman 11. “The quality of a father can be seen in the goals, dreams and aspirations he sets not only for himself, but for his family.” ―Reed Markham 12. “He adopted a role called being a father so that his child would have something mythical and infinitely important: a protector.” ―Tom Wolfe 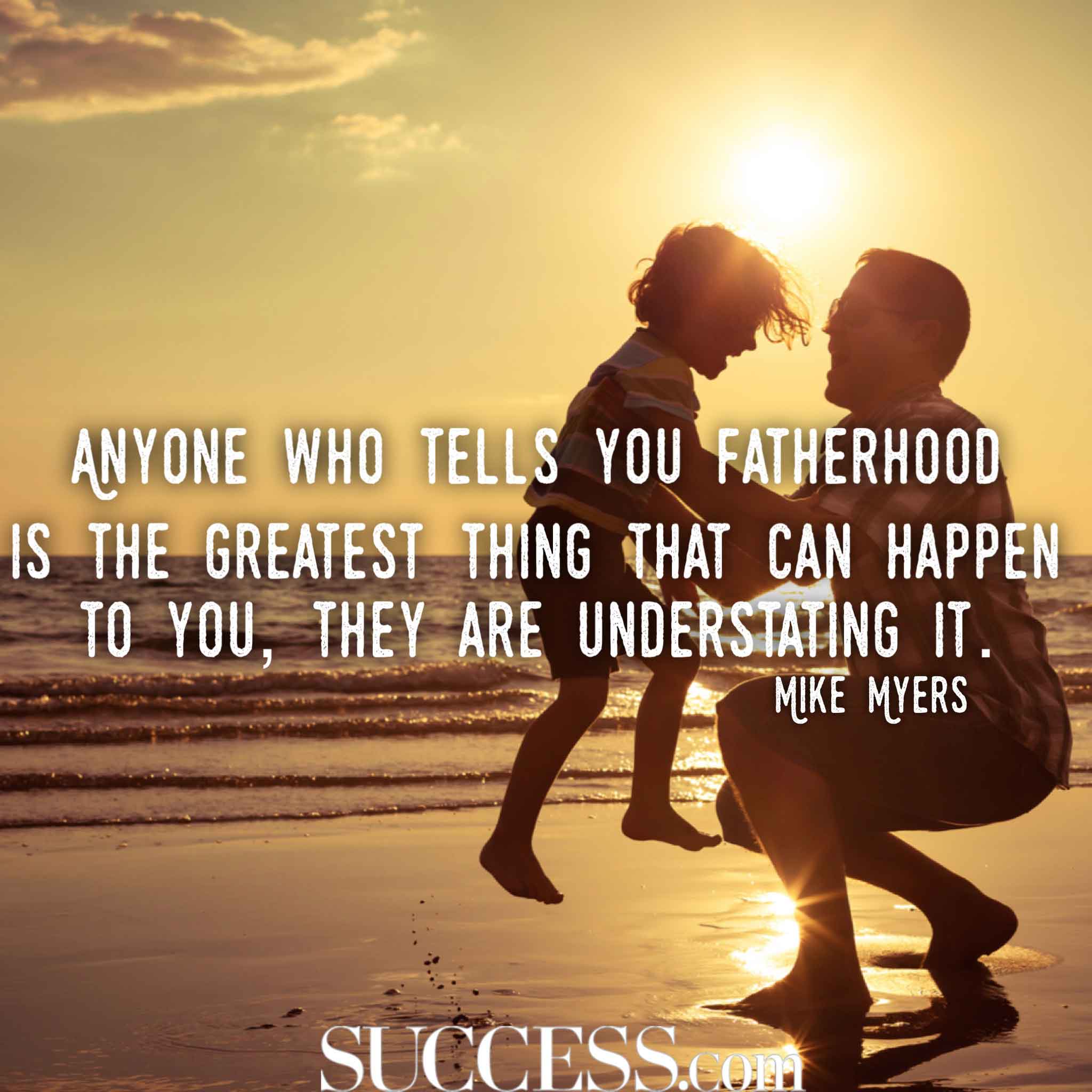 13. “Anyone who tells you fatherhood is the greatest thing that can happen to you, they are understating it.” ―Mike Myers

Related: 12 Inspirational Quotes for the Dads in Your Life